An upper level low pressure system and associated surface trough will develop over the west of the State on Thursday and is expected to move slowly eastwards over the next few days.

Areas of heavy rain and thunderstorms are expected from Thursday onwards over parts of the Flood Watch area, with the risk gradually moving eastwards.

4-day rainfall totals to midnight Sunday of 60-100 mm are likely, with locally higher falls in excess of 120 mm possible with thunderstorms.

Rainfall may cause ponding and widespread flooding. Roads may be impacted leading to disruption to travel and transport. Local communities may be isolated. 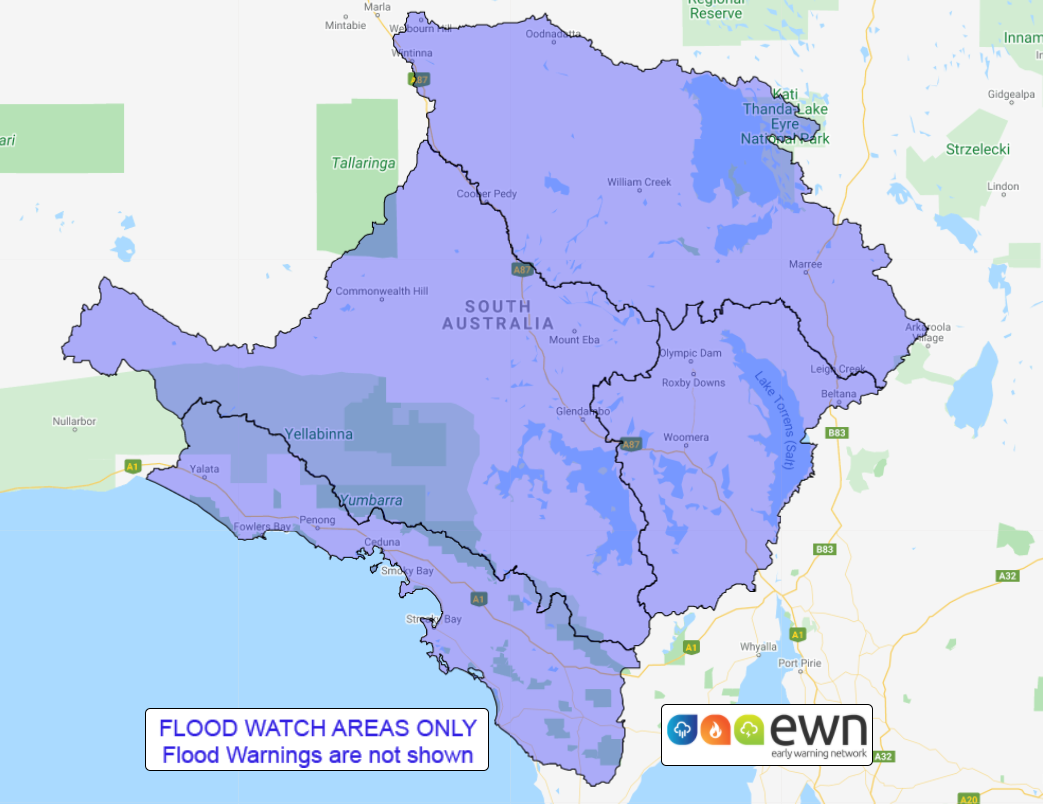