FLOOD IMPACTS ARE POSSIBLE FROM MONDAY

Ex-Tropical Cyclone Tiffany is expected to continue to move southward during Sunday to reach the northern South Australia border on Monday. The system is then expected to move east along the South Australia and Northern Territory border causing heavy rainfall and thunderstorms over the Flood Watch area during Monday and Tuesday.

Widespread rainfall totals of 50 to 100 mm are likely with local heavier falls possible,

Rainfall may cause ponding and overland flows, together with rises in local creeks and overbank flooding. Roads may be impacted, leading to disruption to travel and transport. Local communities may be isolated. 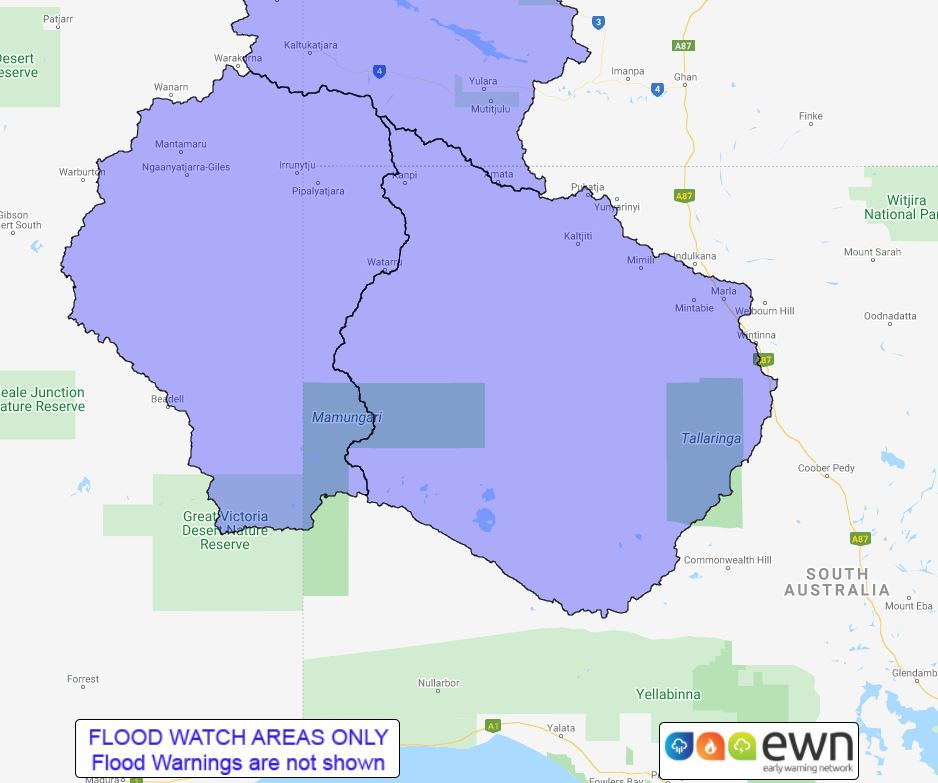