An upper low pressure system and associated surface trough is continuing to move slowly eastwards over the state. Severe thunderstorms with heavy rainfall are expected over central and northeastern parts of the state during Monday.

Catchments are relatively wet following recent showers and storms, particularly in the areas of heaviest rainfall.

In the 24 hours to 9:00 am Monday, rainfall totals up to 86 mm (Kadina) have been recorded across the flood watch area.

Rainfall totals of 5-15 mm are forecast for the remainder of Monday, with isolated falls of 30-50 mm possible with thunderstorms.

Flooding is impacting multiple roads and towns across the flood watch area particularly in the Yorke Peninsula. Some roads may be damaged or covered in debris. Local communities may be isolated.

Catchments likely to be affected include:
Flinders Ranges Rivers and Creeks 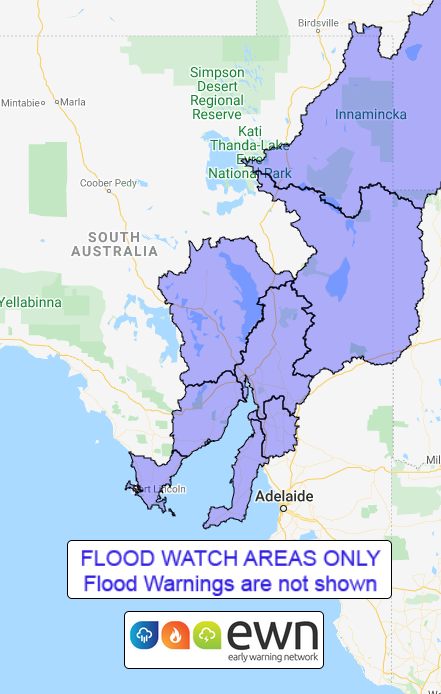