FLOODING EXPECTED TO CONTINUE DURING SUNDAY AND MONDAY

An upper low pressure system and associated surface trough is continuing to move slowly eastwards over the state.

Areas of heavy rain and thunderstorms are expected to continue during Sunday over central western parts of South Australia, the Eyre Peninsula, the North East Pastoral and the Flinders districts. Central and north eastern areas will remain at risk of heavier rainfall early in the week, largely associated with thunderstorms.

Catchments are wetting-up following recent showers and storms, particularly in the areas of heaviest rainfall.

In the 24 hours to 9:00 am Sunday, rainfall totals of 60-90mm have been recorded across central eastern parts of the state, with the highest recorded rainfall total being 107 mm (Arcoona Bluff).

Two day rainfall totals to midnight Monday of 30-80 mm are likely, with isolated higher falls up to 120 mm possible with thunderstorms.

Rainfall may cause ponding and widespread flooding. Flooding is impacting multiple roads across the Flood Watch area, particularly in the Yorke and Eyre peninsulas, Flinders Ranges and Broughton River catchment. Local communities may be isolated.

Flooding is no longer expected in the following catchments: Finke River and Stephenson Creek. 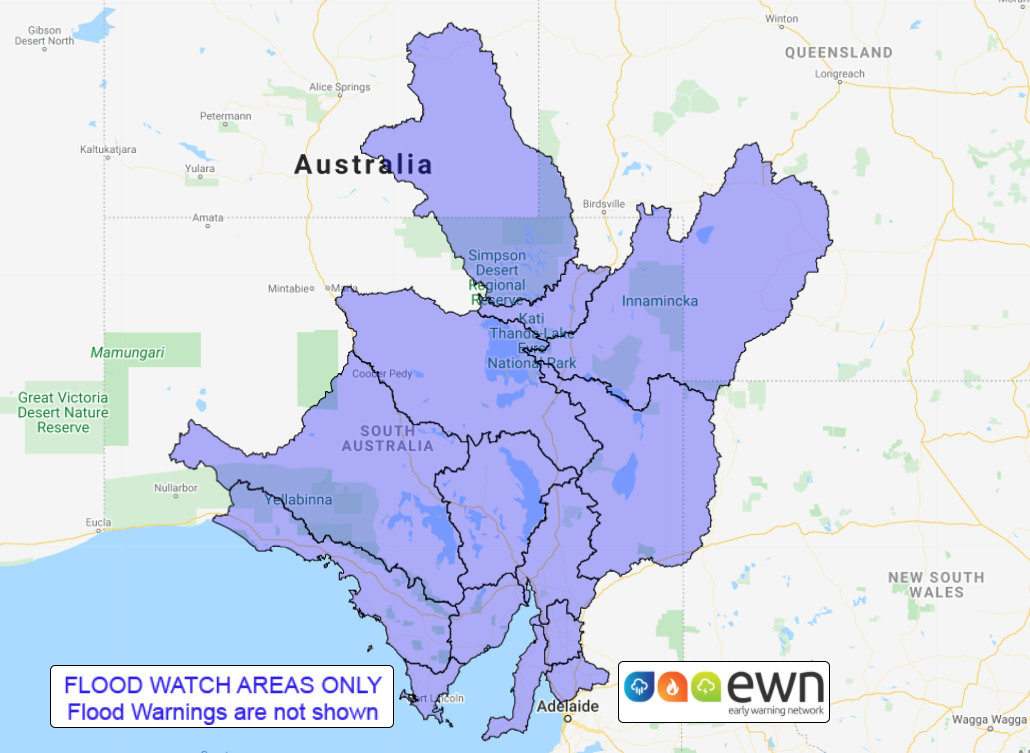