FLOODING IS POSSIBLE DURING THURSDAY

A complex low pressure system is currently located near the South Australia and New South Wales border and is causing widespread rain and thunderstorms across the Flood Watch area. The system will move east to southeast out of the state this afternoon and evening,

2 day rainfall totals in excess of 25 mm, with highest totals of Arkaroola 36.8 mm and Motpena 34.4 mm have been observed over the flood watch area. There have been unofficial reports of higher falls.

Further rainfall totals between 20 - 50 mm are possible during Thursday. No significant rainfall is expected from Friday.

Rainfall may cause ponding and overland flow, together with rises in local creeks and overbank flooding. Roads may be impacted leading to disruption to travel and transport.

Flooding is no longer expected in the following catchments: River Murray Riverlands 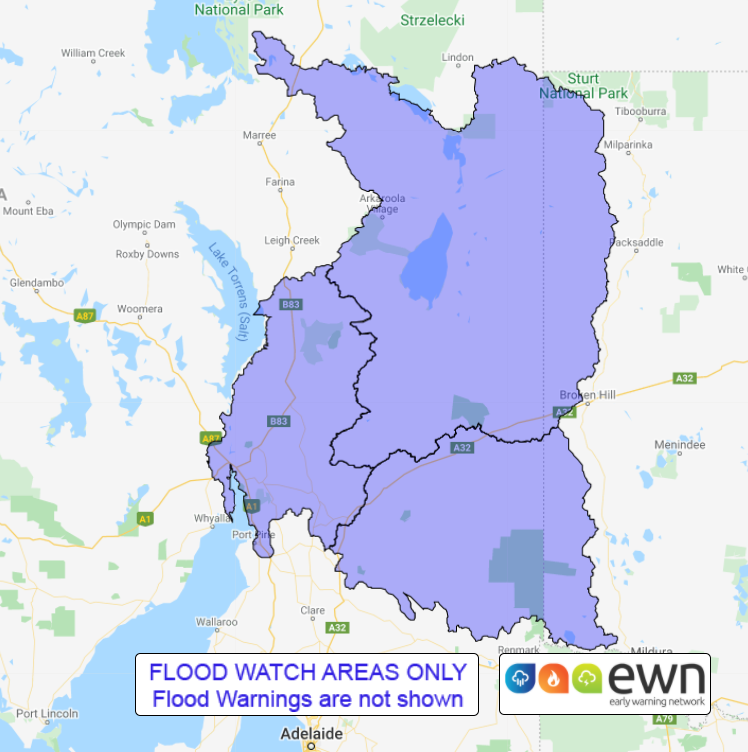