Weather Situation
Severe Fire Danger expected across much of the state. Fire Danger is enhanced by freshening northeasterly to northwesterly winds, very hot temperatures ranging from the high 30's in the southeast to low to mid 40's elsewhere about the state and also relative humidities mostly falling statewide to near 10% in the mid afternoon. A milder southerly change moves over western parts in the late afternoon and evening, reaching central districts late evening and overnight. A risk of isolated mostly dry thunderstorms near the change.

The Country Fire Service advises you to:
- Action your Bushfire Survival Plan now.
- Monitor the fire and weather situation through your local radio station,
www.cfs.sa.gov.au, and www.bom.gov.au.
- Call 000 (Triple Zero) in an emergency.
For information on preparing for bushfires go to www.cfs.sa.gov.au. 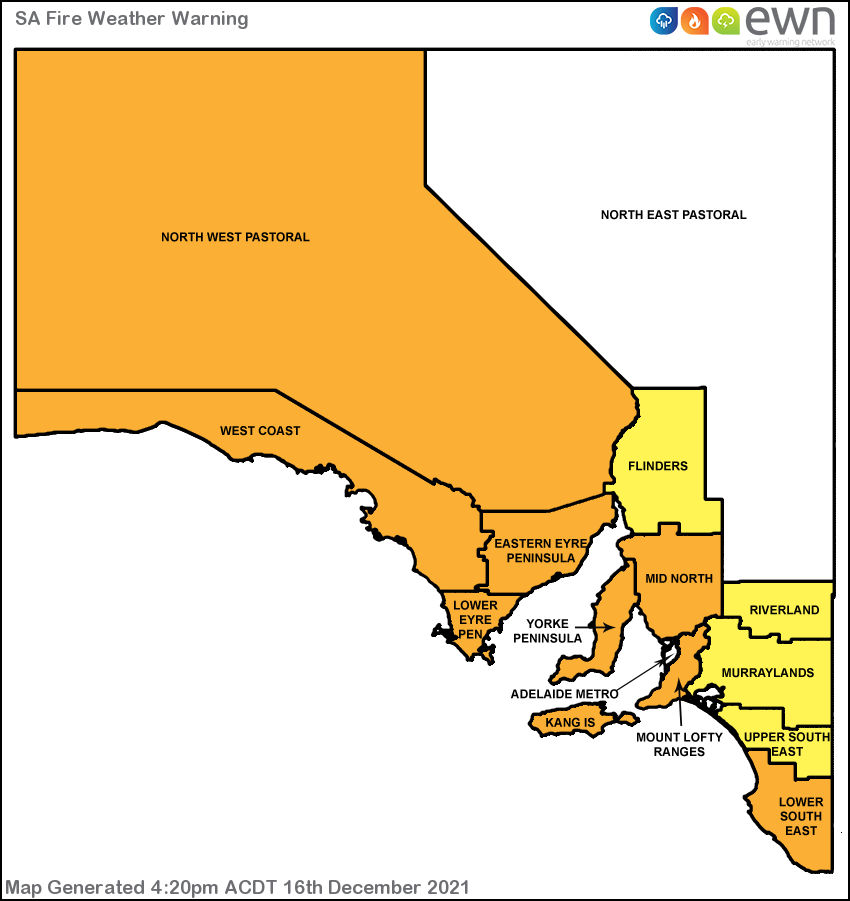