Warm to hot and windy with strong and gusty north to northwesterly winds 40-55 km/h, locally stronger on and about eastern slopes of the ranges. A gusty west to southwesterly change to cross central and eastern districts during the afternoon, and a strong southerly change pushing into the North West Pastoral district during the late afternoon and evening. Possible morning thunderstorms in the south, and developing across the west in the afternoon.
For Thursday 18 November:

The Country Fire Service advises you to:

Action your Bushfire Survival Plan now.
Monitor the fire and weather situation through your local radio station, www.cfs.sa.gov.au, and www.bom.gov.au.
Call 000 (Triple Zero) in an emergency.

For information on preparing for bushfires go to www.cfs.sa.gov.au. 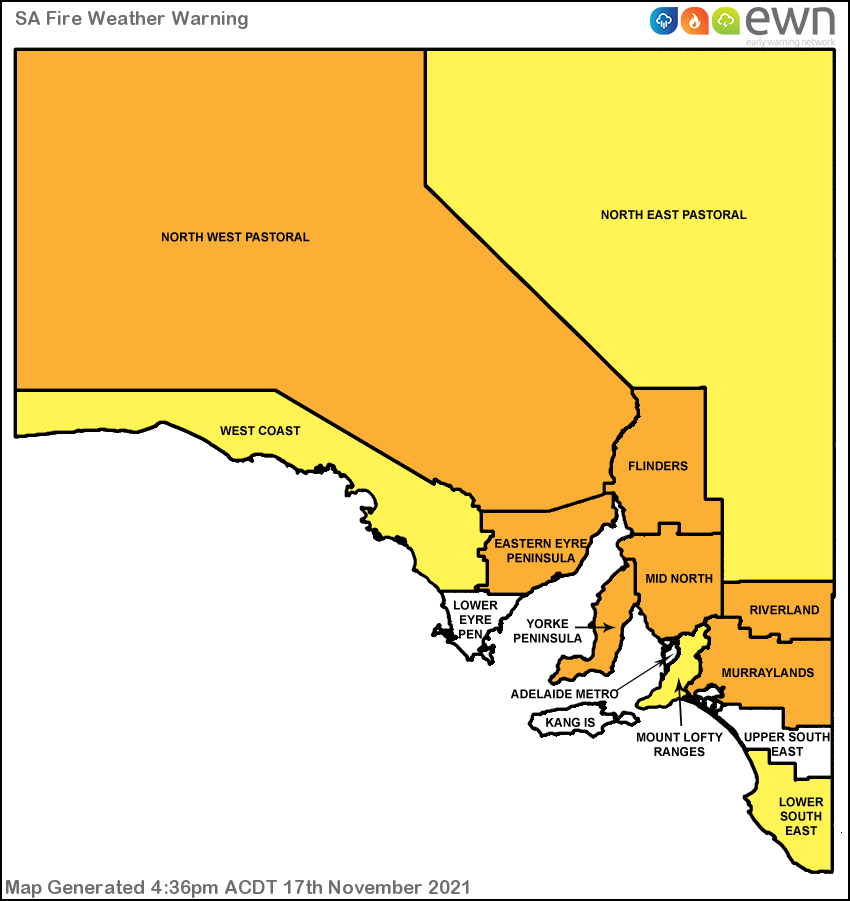