For people in parts of Central Coast and Whitsundays, Central Highlands and Coalfields and Capricornia Forecast Districts.

Severe thunderstorms have moved offshore, but remain near the coast around St Lawrence

Weather Situation: An upper low is moving into a very moist unstable air mass resulting in severe thunderstorms about parts of the central coast of Queensland.

Severe thunderstorms are likely to produce damaging winds, large hailstones and heavy rainfall that may lead to flash flooding in the warning area over the next several hours. Locations which may be affected include Marlborough, St Lawrence and Byfield.

Severe thunderstorms are no longer occurring in the Wide Bay and Burnett district and the warning for this district is CANCELLED.

Large hail has been reported near Marlborough, west of Rockhampton.

A 101km/h wind gust was recorded at Rockhampton this afternoon. 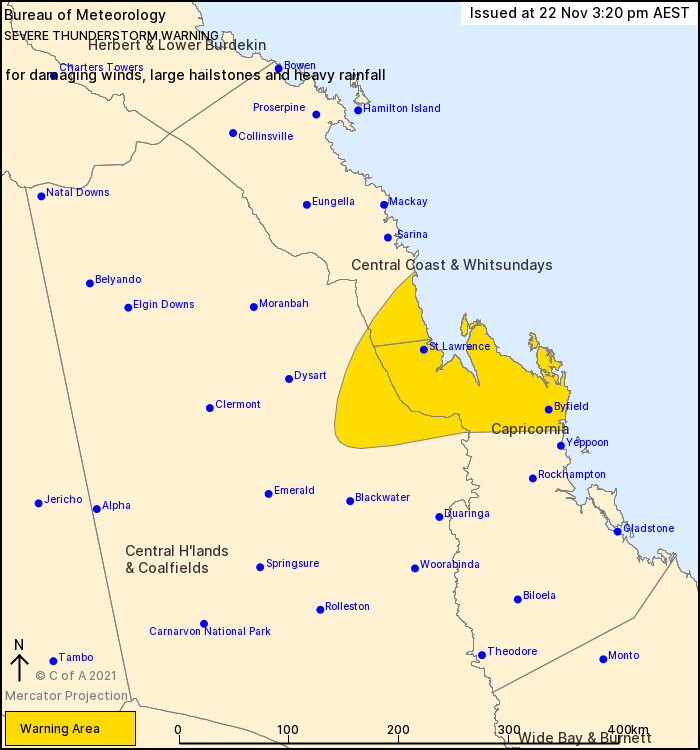