For people in parts of Central Highlands and Coalfields, Capricornia and Wide Bay and Burnett Forecast Districts.

Severe thunderstorms are continuing over parts of eastern Qld.

Severe thunderstorms are likely to produce damaging winds and large hailstones over the next several hours in parts of the Capricornia and Wide Bay and Burnett districts. Locations which may be affected include Monto, Mundubbera, Biggenden, Eidsvold, Gin Gin and Tiaro.

Severe thunderstorms are likely to produce damaging winds, large hailstones and heavy rainfall that may lead to flash flooding over the next several hours in parts of the Central Highlands and Coalfields district. Locations which may be affected include Blackwater, Moranbah, Dysart, Duaringa, Comet and Tartrus. 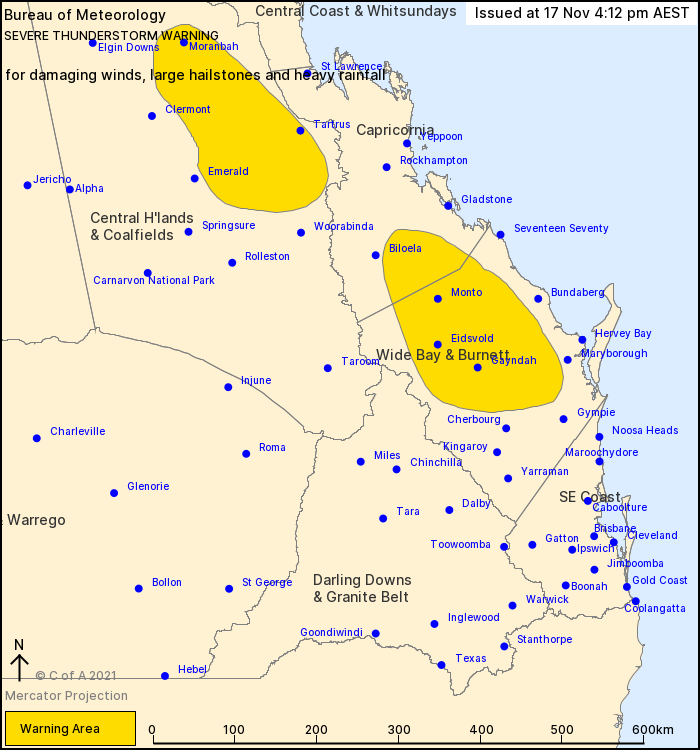