For people in parts of Northern Goldfields and Upper Flinders, Herbert and Lower Burdekin and Wide Bay and Burnett Forecast Districts.

Weather Situation: A trough and humid onshore flow along the eastern districts is resulting in Severe thunderstorms this afternoon.
Severe thunderstorms are likely to produce damaging winds and heavy rainfall that may lead to flash flooding over the next several hours in parts of the Northern Goldfields and Upper Flinders and Herbert and Lower Burdekin districts. Locations which may be affected include Charters Towers.

Severe thunderstorms are likely to produce damaging winds and large hailstones over the next several hours in parts of the Wide Bay and Burnett district. Locations which may be affected include Gin Gin.

Reports of 50c size hail near Gin Gin this afternoon. 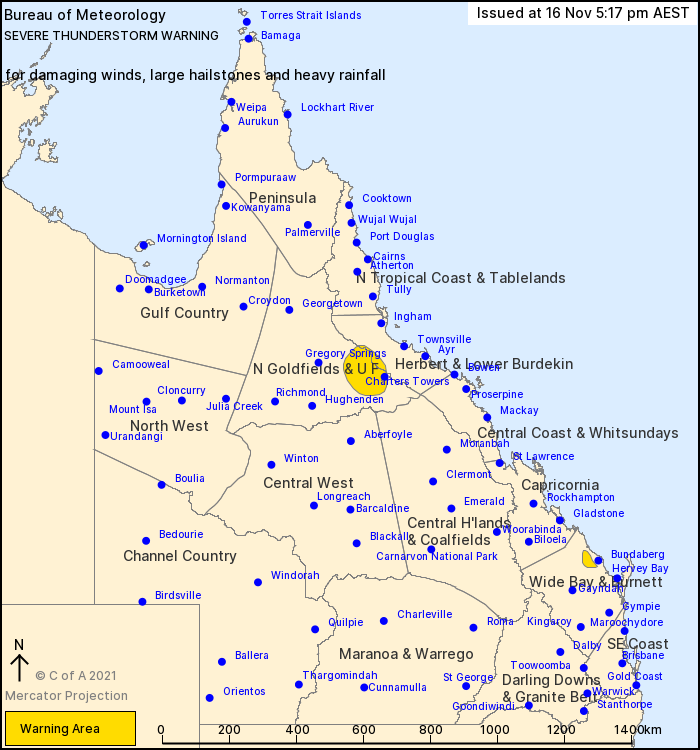