for DAMAGING WINDS and LARGE HAILSTONES

For people in Darling Downs and Granite Belt and parts of Central Highlands and Coalfields, Wide Bay and Burnett and Southeast Coast Forecast Districts.

Thunderstorms are developing over inland parts of southeastern Queensland. Storms are likely to become severe within the next hour.

Weather Situation: Thunderstorms are developing over the higher terrain of southeast Queensland, and also further west near a surface trough over the central Darling Downs and central highlands. Moderate to strong instability and favourable wind flow aloft should lead to increasing chances of severe storms during the afternoon.

Severe thunderstorms are likely to produce damaging winds and large hailstones in the warning area over the next several hours. Locations which may be affected include Warwick, Toowoomba, Dalby, Ipswich, Kingaroy, Beaudesert, Stanthorpe, Gatton, Laidley, Lowood, Nanango and Tara. 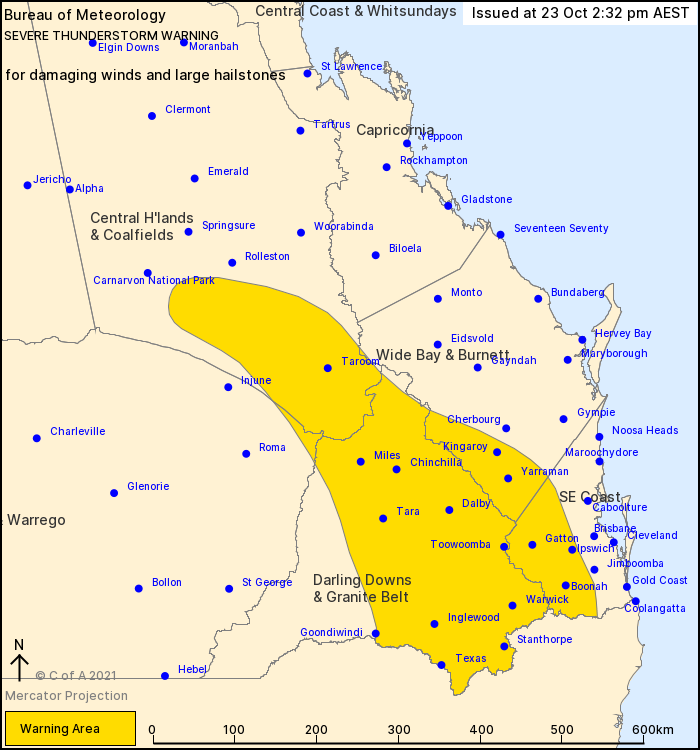