For people in Central Coast and Whitsundays, Southeast Coast and parts of Wide Bay and Burnett and Darling Downs and Granite Belt Forecast Districts.

Severe thunderstorms are likely to produce damaging winds and large hailstones over the next several hours in the Central Coast and Whitsundays district. Locations which may be affected include Mackay, Proserpine, Collinsville, Sarina, Nebo and Eungella.

Severe thunderstorms are likely to produce damaging winds, large hailstones and heavy rainfall that may lead to flash flooding over the next several hours in the Southeast Coast and parts of the Wide Bay and Burnett and Darling Downs and Granite Belt districts. Locations which may be affected include Maroochydore, Ipswich, Gatton, Jimboomba, Laidley and Lowood.

63mm recorded at Waterford Alert recorded in the 1hr to 130pm.

56mm recorded at Caboolture recorded in 30min to 230pm. 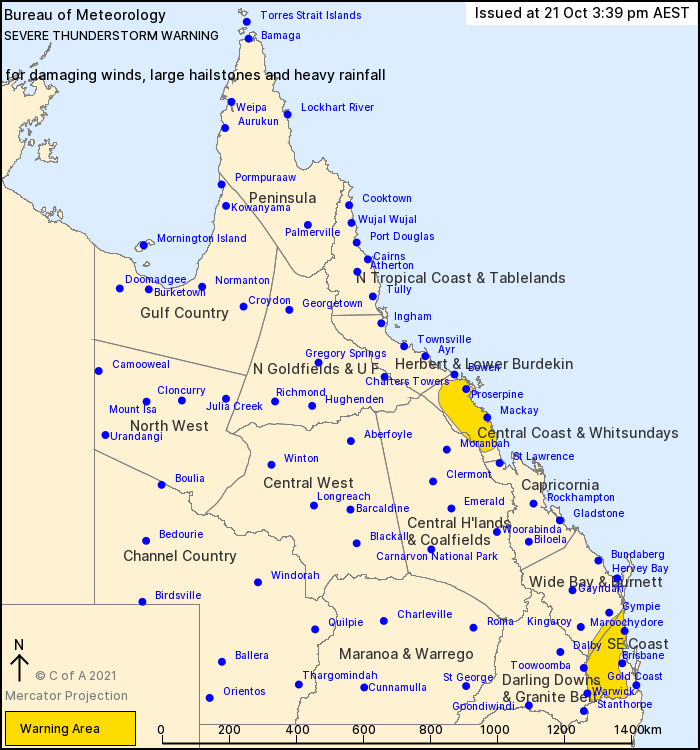