Severe thunderstorms continuing to develop near the coast

Weather Situation: An active trough extends north into southeast Queensland from a cold front along the east coast. The trough will combine with a strong winds associated with an upper trough leading to the development of severe thunderstorms this afternoon and evening.

Severe thunderstorms are likely to produce damaging winds, large hailstones and heavy rainfall that may lead to flash flooding in the warning area over the next several hours. Locations which may be affected include Maroochydore, Gympie, Hervey Bay, Caboolture, Cooroy, Nambour, Rainbow Beach and Redcliffe.

Severe thunderstorms are likely to produce damaging winds and heavy rainfall that may lead to flash flooding in the warning area over the next several hours affecting Yeppoon.

40mm was recorded in 30 minutes in Rockhampton 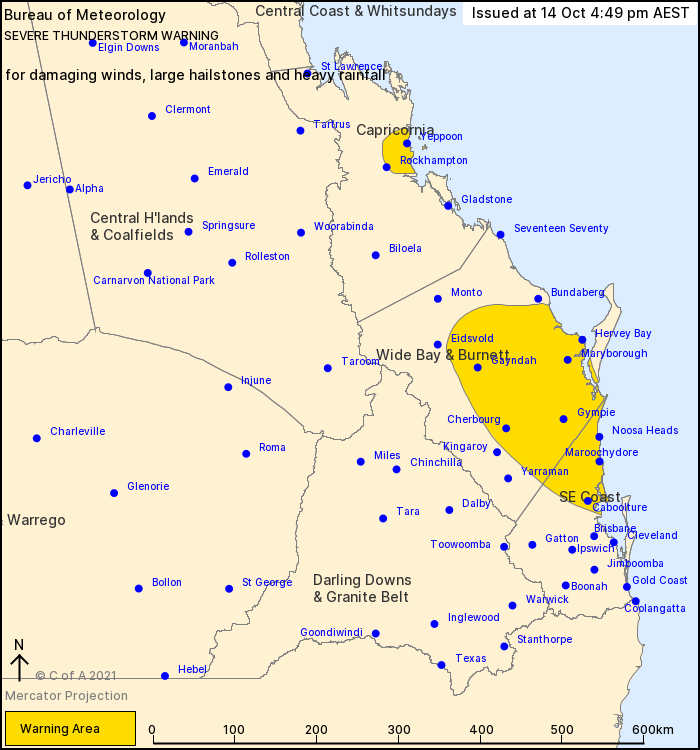