Weather Situation: An upper trough moving into a humid and unstable environment over central and southeast Queensland will continue to support scattered thunderstorm activity in the next few hours.

Severe thunderstorms are likely to produce intense rainfall that may lead to dangerous and life-threatening flash flooding over the next several hours in parts of the Capricornia, Wide Bay and Burnett and Darling Downs and Granite Belt districts. Locations which may be affected include Dalby, Monto, Chinchilla, Gayndah, Mundubbera and Eidsvold.

Severe thunderstorms are likely to produce damaging winds and heavy rainfall that may lead to flash flooding over the next several hours in parts of the Central Highlands and Coalfields, Central West and Maranoa and Warrego districts. Locations which may be affected include Tambo, Jericho, Augathella, Mantuan Downs and Alpha.

61mm has been recorded at Abercorn Alert in 30 minutes to 6:30pm 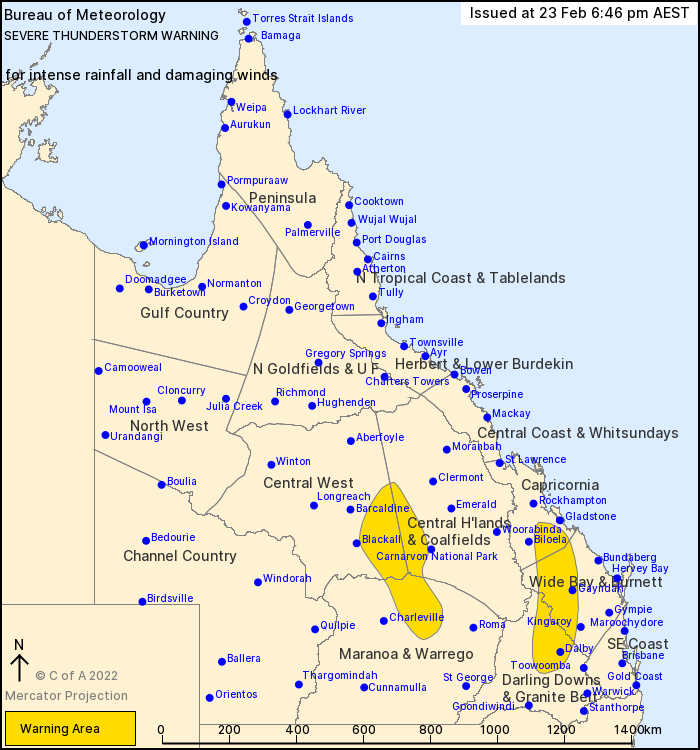