For people in parts of Central Coast and Whitsundays Forecast District.

Locally INTENSE RAINFALL from slow moving thunderstorms over the Central Coast this afternoon.

Weather Situation: Thunderstorms are triggering on a trough through eastern parts of the State.

71mm of rain was recorded in the 30 minutes to around 5pm at Finch Hatton Showgrounds just west of Mackay. 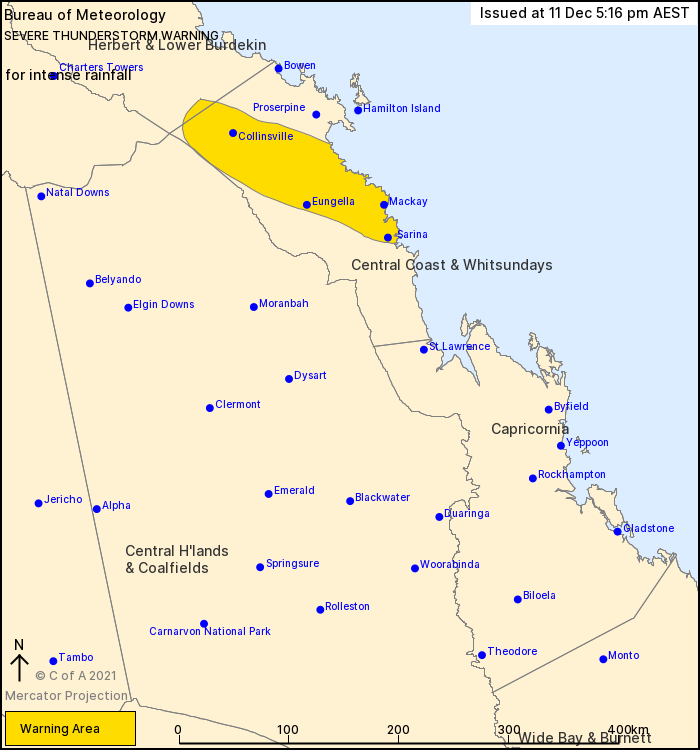