For people in parts of Central Coast and Whitsundays Forecast District.

HEAVY SHOWERS AND SEVERE THUNDERSTORMS OVER THE CENTRAL COAST

Weather Situation: Slow moving showers and thunderstorms near Mackay are expected to produce intense rainfall in the area.

Severe thunderstorms are likely to produce intense rainfall that may lead to dangerous and life-threatening flash flooding in the warning area over the next several hours. Locations which may be affected include Mackay and Sarina.

101mm of rainfall was recorded alert Paget alert in one hour to 14:00 UTC. 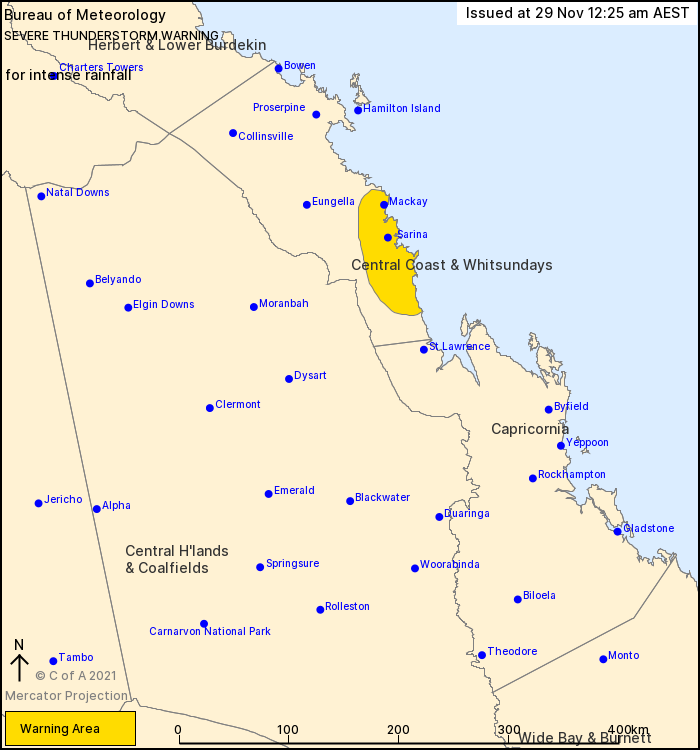