For people in parts of Darling Downs and Granite Belt and Southeast Coast Forecast Districts.

Weather Situation:
Thunderstorms are developing in a moist and unstable airmass east of a surface trough. Thunderstorm activity with areas of heavy rainfall is expected. Storms in the warning area are currently slowly moving to the east over the next hours, but more thunderstorms are expected to move in from north west over night and will be monitored for heavy rainfall.

Severe thunderstorms are likely to produce heavy rainfall that may lead to flash flooding in the warning area over the next several hours. Locations which may be affected include Ipswich, Beaudesert, Boonah, Gatton, Jimboomba and Laidley. 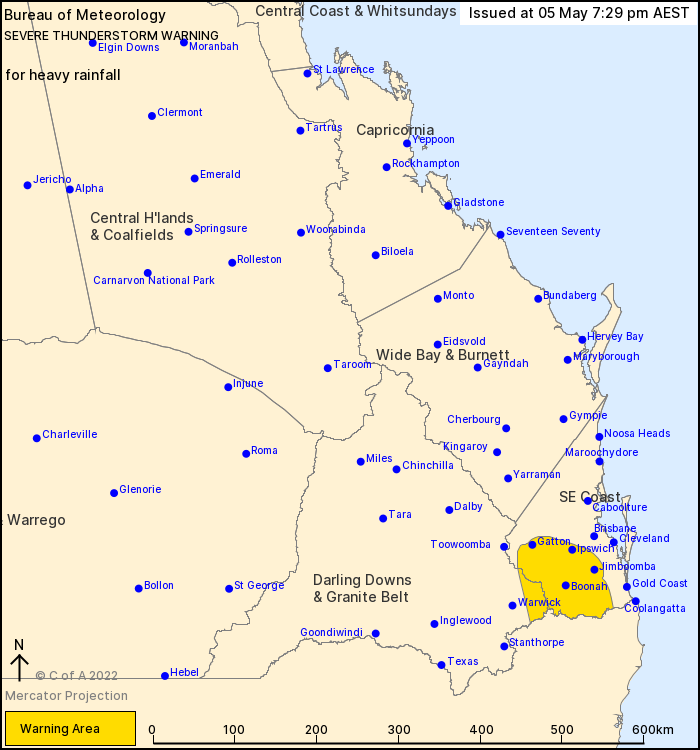