For people in parts of Channel Country Forecast District.

Thunderstorms with heavy rainfall occurring over central parts of the Channel Country.

Weather Situation: A trough that extends from a slow-moving tropical low over northern Western Australia down through central parts of the continent is combining with significant tropical moisture and instability to produce thunderstorm activity.

Severe thunderstorms are likely to produce heavy rainfall that may lead to flash flooding in the warning area over the next several hours. Locations which may be affected include Birdsville, Morney and Durrie. 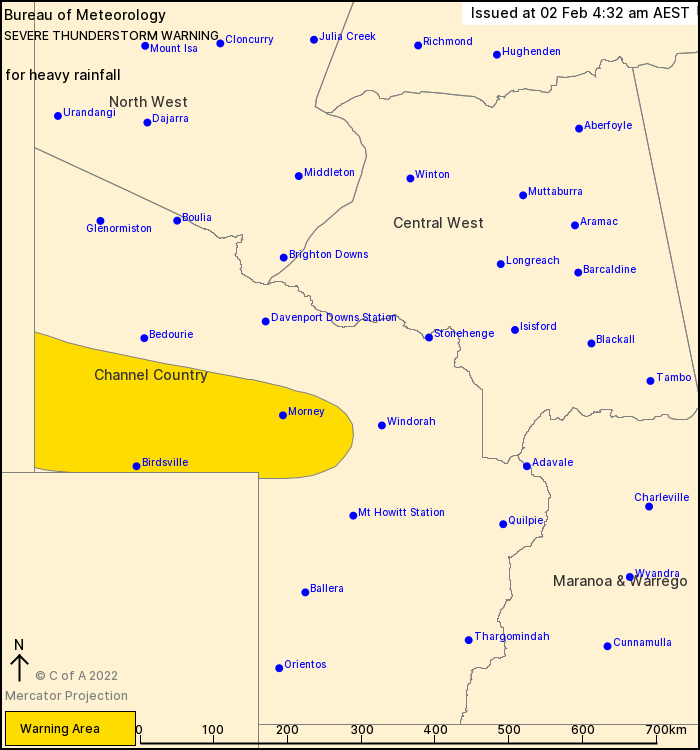