For people in parts of Central Coast and Whitsundays and Capricornia Forecast Districts.

Heavy rainfall from slow moving thunderstorms over the Central Coast this evening.

Weather Situation: Thunderstorms are triggering on a trough through eastern parts of the State.

Severe thunderstorms are likely to produce heavy rainfall that may lead to flash flooding in the warning area over the next several hours. Locations which may be affected include Proserpine and St Lawrence.

Severe thunderstorms are no longer occurring in the Central Highlands and Coalfields district and the warning for this district is CANCELLED.

89mm of rain was recorded in the 60 minutes to 5:30pm at Finch Hatton Showgrounds just west of Mackay, with 71mm falling in 30 minutes. 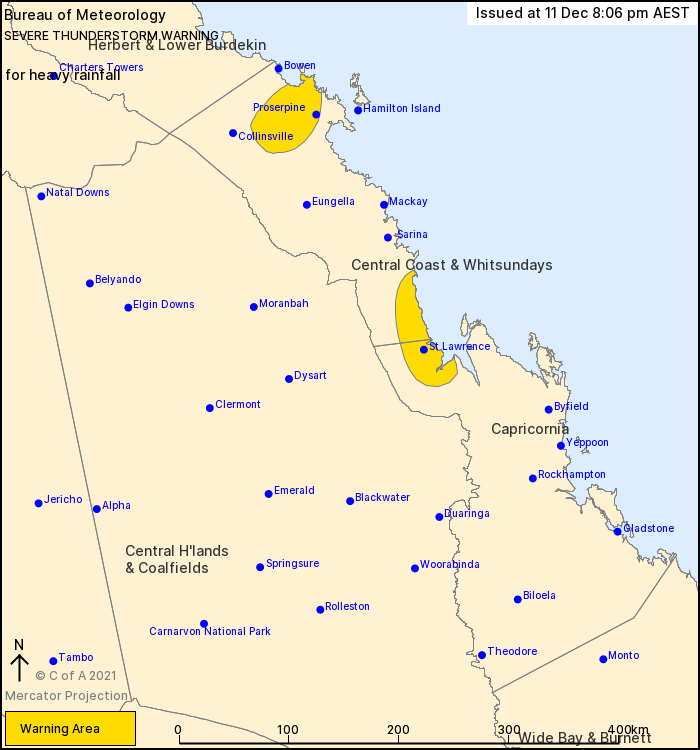