For people in parts of Northern Goldfields and Upper Flinders, Central West, Maranoa and Warrego and Darling Downs and Granite Belt Forecast Districts.

Severe thunderstorms persist on a trough in the interior of the state.

Weather Situation: A line of thunderstorms in the interior have triggered on a trough which is moving slowly to the east.

Severe thunderstorms are likely to produce heavy rainfall that may lead to flash flooding in the warning area over the next several hours. Locations which may be affected include St George, Bollon, Mitchell, Dirranbandi and Aberfoyle.

Patricia Park northwest of Charleville recorded 46mm in the hour to 4:45pm. 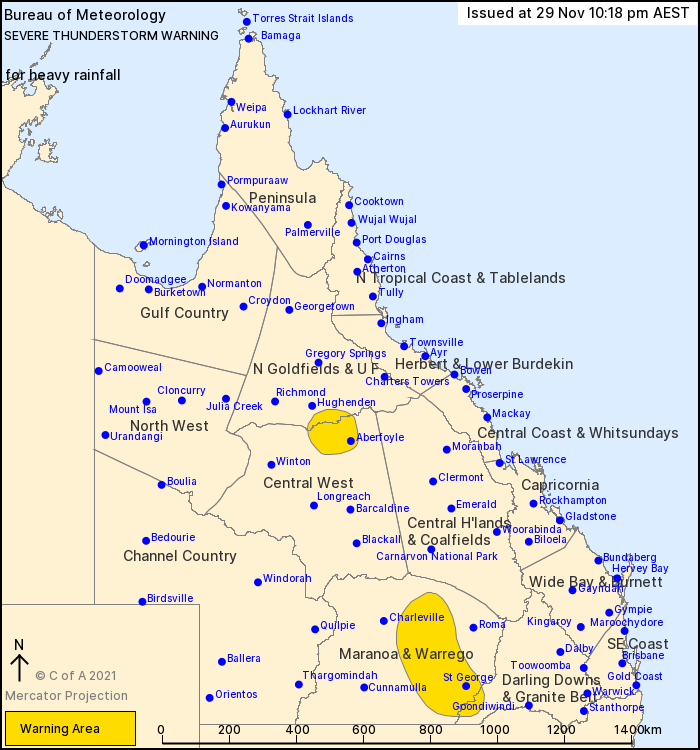