Bands of thunderstorms with heavy rainfall developing over southeast Queensland and also the far north.

Weather Situation: Thunderstorm activity is continuing to develop over both southeast Queensland and also inland from the northeast tropical coast in a very moist airmass. In addition, the wind structure over both areas favours the development of slow-moving bands of storms capable of locally heavy rainfall.

Severe thunderstorms are likely to produce heavy rainfall that may lead to flash flooding in the warning area over the next several hours. Locations which may be affected include Boonah, Rathdowney, Crows Nest, Esk, Gatton, Laidley and Lowood in the south, and Chillagoe and Mount Garnet in the north. 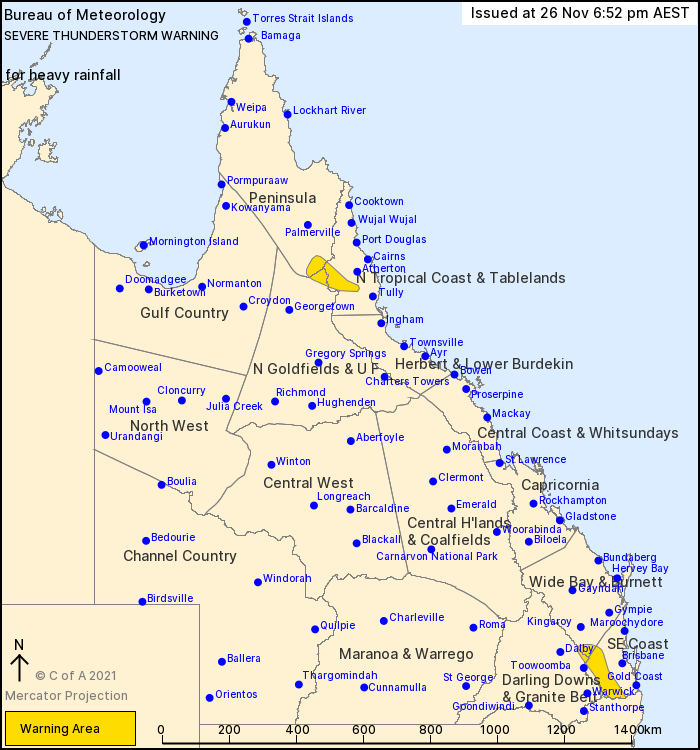