For people in parts of Northern Goldfields and Upper Flinders, Herbert and Lower Burdekin and Central Highlands and Coalfields Forecast Districts.

Weather Situation: A moist unstable airmass and light winds will lead to scattered slow-moving thunderstorms capable of locally heavy rainfall.
Severe thunderstorms are likely to produce heavy rainfall that may lead to flash flooding in the warning area over the next several hours. Locations which may be affected include Georgetown, Springsure, Einasleigh and Rollingstone.
Severe thunderstorms are no longer occurring in the Peninsula district and the warning for this district is CANCELLED.
52mm in 60 minutes was recorded at Billaboo (west of Emerald).
61 mm in 60 minutes was recorded at Upper Poison Creek west of Mount Garnet. 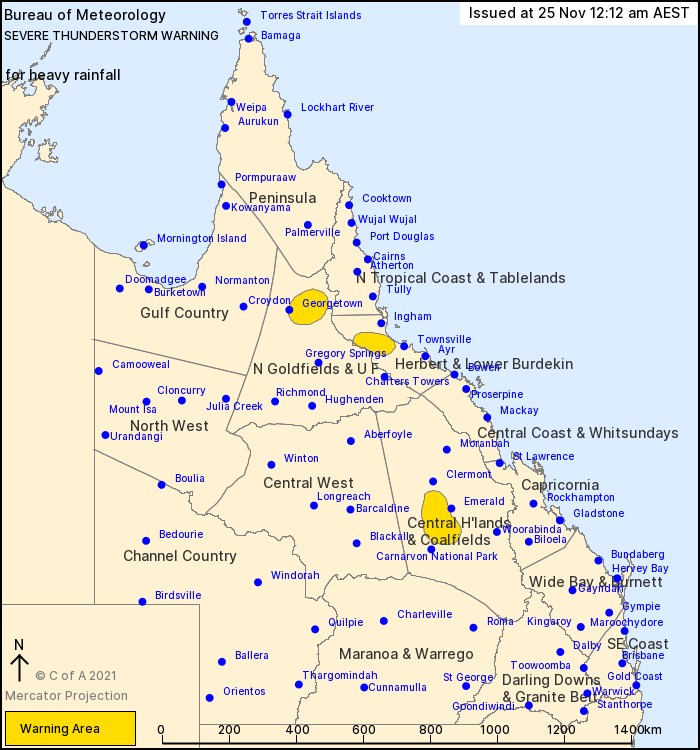