For people in parts of Central Highlands and Coalfields, Capricornia, Wide Bay and Burnett, Maranoa and Warrego and Darling Downs and Granite Belt Forecast Districts.

Severe thunderstorms are likely to produce damaging winds over the next several hours in parts of the Central Highlands and Coalfields, Wide Bay and Burnett, Maranoa and Warrego and Darling Downs and Granite Belt districts. Locations which may be affected include Taroom.

Severe thunderstorms are likely to produce heavy rainfall that may lead to flash flooding over the next several hours in parts of the Capricornia and Wide Bay and Burnett districts. Locations which may be affected include Bundaberg, Byfield and Gin Gin. Heavy rainfall is most likely to affect areas where repeated thunderstorm cells move over the same location.

Severe thunderstorms are no longer occurring in the North Tropical Coast and Tablelands district and the warning for this district is CANCELLED.

Samuel Hill 90mm in an hour. 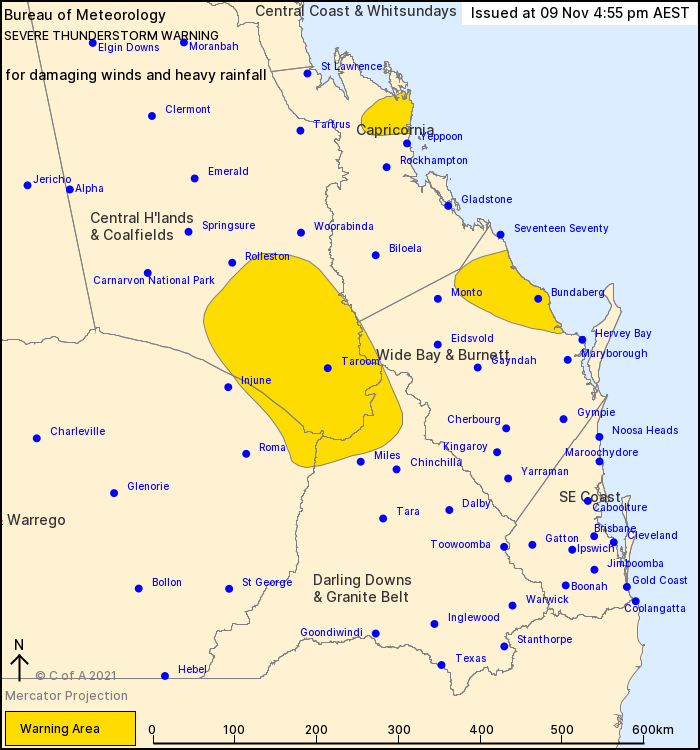