For people in Maranoa and Warrego and parts of Central Highlands and Coalfields, Central West and Darling Downs and Granite Belt Forecast Districts.

A moist airmass to the east of a trough extending from the Gulf Country south-southeastwards through the eastern Channel Country has become moderately unstable this afternoon with rising surface temperatures. Weak wind flow aloft will lead to scattered strong to severe but relatively short-lived thunderstorms capable of producing localised heavy rainfall and damaging winds. Damaging winds are more likely over western parts of the warning area, while heavy rainfall is more likely over the east.

Severe thunderstorms are likely to produce damaging winds and heavy rainfall that may lead to flash flooding in the warning area over the next several hours. Locations which may be affected include Roma, Charleville, Cunnamulla, St George, Tambo and Bollon. 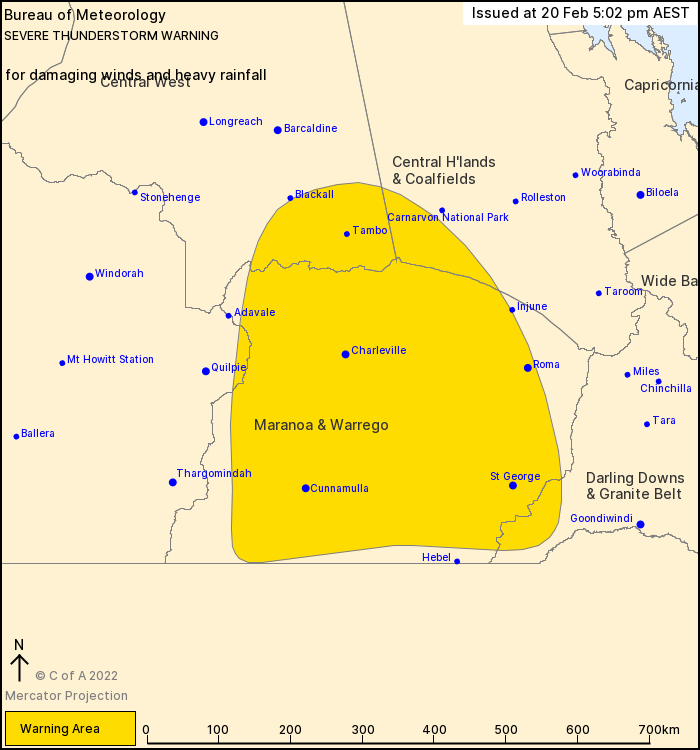