Slow moving severe storms impacting the west of the state and also the far southeast.

A very moist airmass is located over Queensland associated with the active Monsoon Trough and this is causing fairly widespread thunderstorm active during this afternoon and likely into the evening. Most of this will be slow moving making it suited to delivering heavy rainfall.

Severe thunderstorms are likely to produce heavy rainfall that may lead to flash flooding over the next several hours in parts of the Central West, Channel Country and Maranoa and Warrego districts. Locations which may be affected include Longreach, Quilpie, Isisford, Bedourie, Evesham Station and Morney.

Severe thunderstorms are likely to produce damaging winds, large hailstones and heavy rainfall that may lead to flash flooding over the next several hours in parts of the Southeast Coast district. Locations which may be affected include Gold Coast, Brisbane, Coolangatta, Ipswich, Cleveland and Jimboomba. 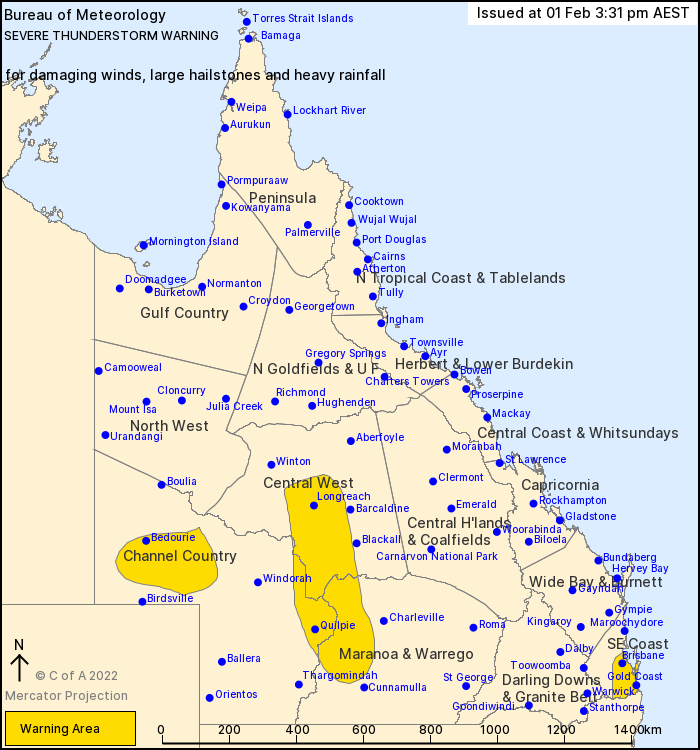