For people in parts of Peninsula Forecast District.

Issued at 5:20 pm Tuesday, 28 December 2021.
Damaging monsoonal squalls are once again possible about the western Peninsula.

Weather Situation: Monsoonal squalls are possible along and to the north of a strengthening monsoon trough currently extends from a tropical low over the far eastern Top End of the Northern Territory through the Gulf of Carpentaria and over the base of Cape York Peninsula.

Locations which may be affected include Weipa, Aurukun, Pormpuraaw and Napranum. 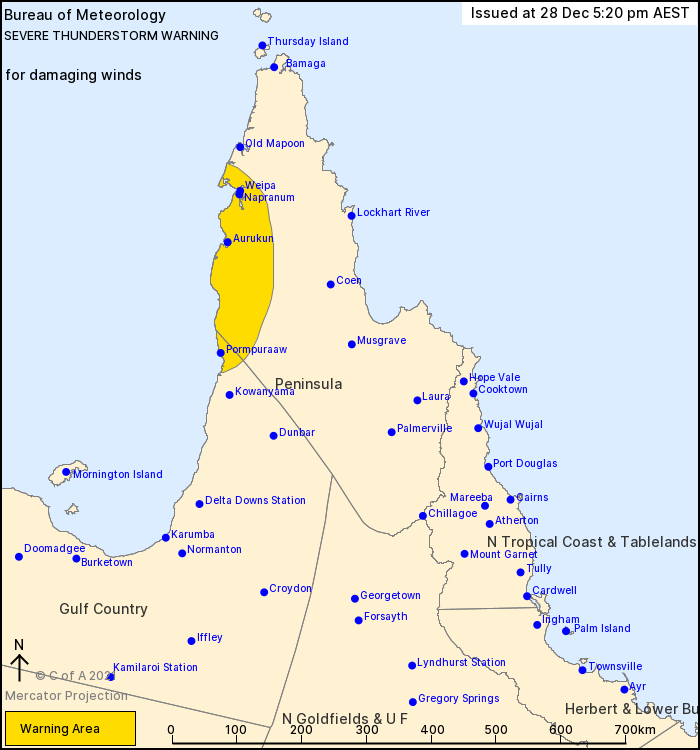