For people in North West and parts of Channel Country Forecast Districts.

Issued at 6:52 pm Sunday, 19 December 2021.
Severe thunderstorms in the southwest and west near a surface trough.

Weather Situation: Vigorous trough in the southwest and west of the state, with severe thunderstorms developing along its axis.
Severe thunderstorms are likely to produce damaging winds and large hailstones over the next several hours in parts of the Channel Country district. Locations which may be affected include Morney and Durrie.

Severe thunderstorms are likely to produce damaging winds over the next several hours in the North West and parts of the Channel Country districts. Locations which may be affected include Mount Isa, Cloncurry, Camooweal, Boulia, Dajarra, Urandangi, Duchess, Selwyn and Mckinlay. 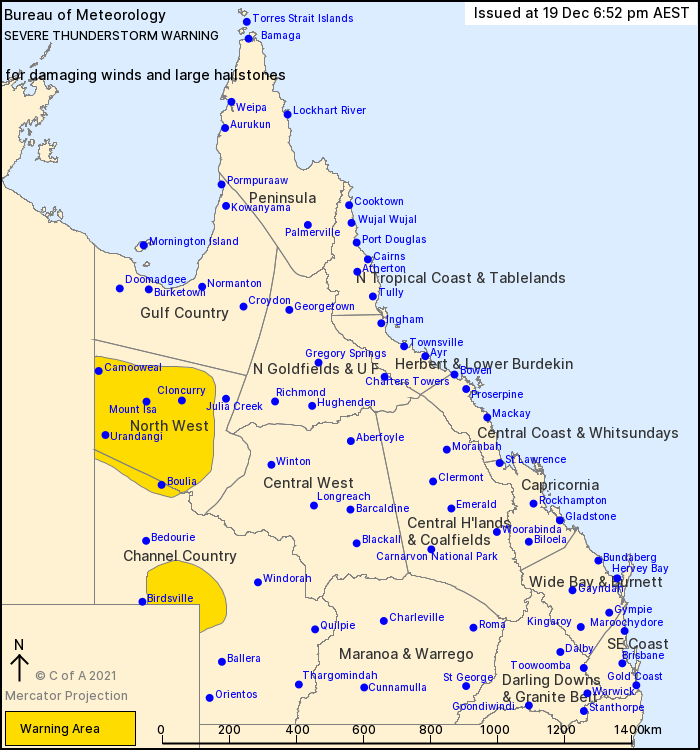