MODERATE TO MAJOR FLOODING IS LIKELY

An unseasonably moist northeasterly flow extending across Queensland is combining with a significant upper trough and associated trough over central Australia. As a result, widespread heavy rainfall is expected to continue across the interior. Heavy rainfall is expected to shift east with a developing surface low over the northeast tropics later today and potentially move south over the Central Coast during Wednesday. However, uncertainty exists with the development and movement of the surface low during this period.

Catchments across the Flood Watch area are wet from rainfall over the past few weeks and in some cases flooding is ongoing.

Widespread rainfall is expected across the Flood Watch area. Areas of isolated heavy and intense rainfall are also possible.

Minor flooding is expected from Tuesday evening, with widespread moderate flooding possible from Wednesday. Isolated major flooding is likely with areas of heavy or intense rainfall.

Dangerous and life threatening flash flooding is possible across the Flood Watch area. This rainfall is also expected to lead to transport disruption.

The situation will be monitored closely, flood warnings will be issued where required.

Catchments likely to be affected include:
Leichhardt River

Mackenzie and Fitzroy Rivers and Shoalwater and Water Park Creeks

This Flood Watch means that people living or working along rivers and creeks should monitor the latest weather forecasts and warnings. 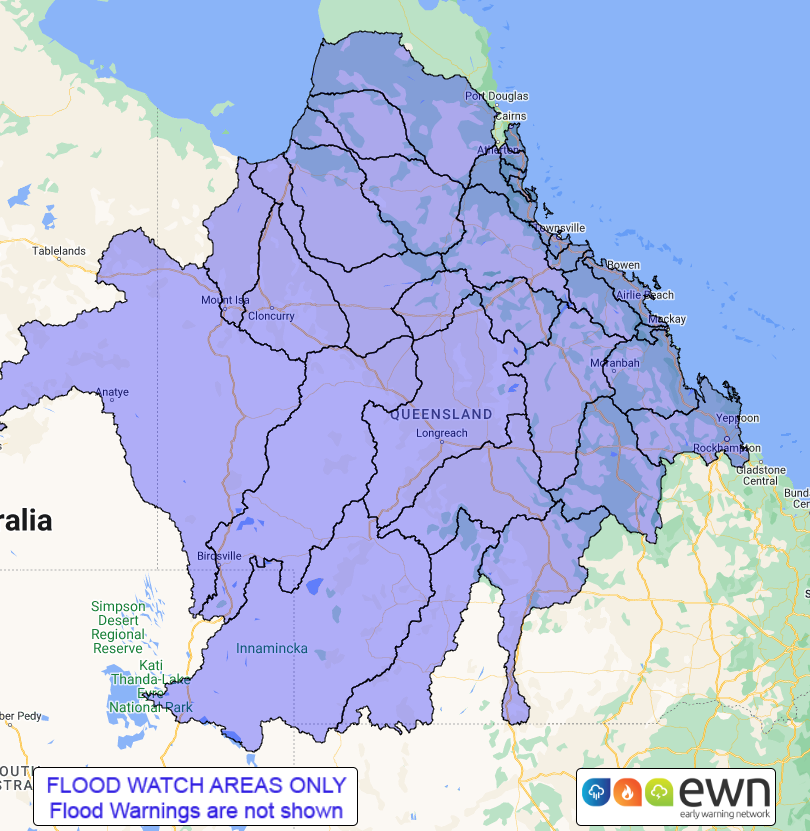