A trough is forecast to slowly move further east across the state during Wednesday and the next few days, triggering showers and thunderstorms with locally moderate to heavy rainfall across the Flood Watch area. The risk of heavy rainfall will continue to gradually move eastward during the week.

The majority of catchments within the Flood Watch area are saturated, with many currently in flood. Rivers and creeks will respond relatively quickly to further rainfall, particularly in the areas of heaviest rainfall.

At this stage, the rainfall is not expected to be as widespread or significant as the recent rainfall event that caused the current flooding across much of the Flood Watch area.

The forecast rainfall is likely to cause renewed river level rises and flooding from Wednesday onwards in some of the already flooded catchments and may also prolong flooding.

Flood warnings are current for the many catchments in the Flood Watch area, including major Flood Warnings for the Macintyre, Weir, Condamine-Balonne and Dawson rivers.

Mackenzie and Fitzroy Rivers and Shoalwater and Water Park Creeks 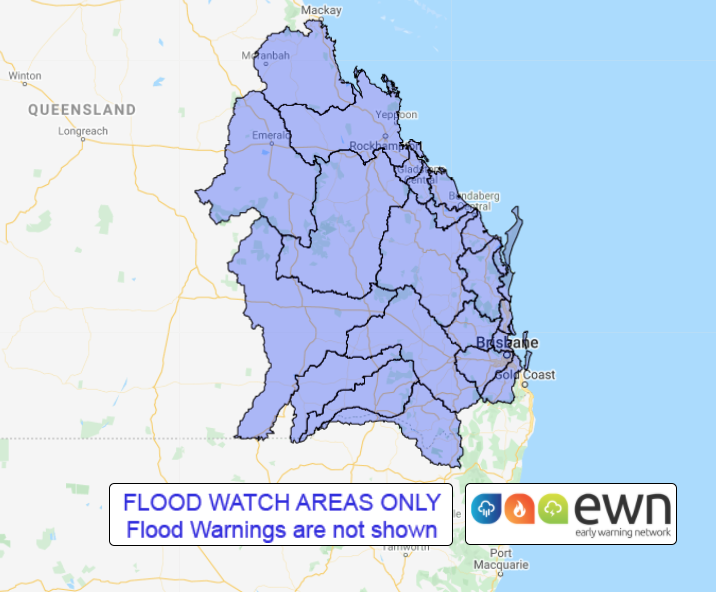