WIDESPREAD MINOR TO MODERATE FLOODING IS EXPECTED ACROSS THE FLOOD WATCH AREA OVER THE NEXT FEW DAYS. MAJOR FLOODING IS POSSIBLE.

A lingering trough over Queensland will continue to bring further showers and thunderstorms to Southern and Eastern Queensland over Tuesday and Wednesday.

Catchments across the Flood Watch area are saturated following recent rainfall and flooding is ongoing across several catchments.

Localised flooding as a result of isolated thunderstorms remains a risk throughout the period.

Widespread minor to moderate flooding is likely across the flood watch area over the next few days, with isolated major flooding possible in areas affected by thunderstorms.

Flood Warnings are current for many catchments across southern and central Queensland with renewed river and creek level rises expected in association with heavy rainfall.

Flood Safety Advice:
This Flood Watch means that people living or working along rivers and creeks should monitor the latest weather forecasts and warnings. 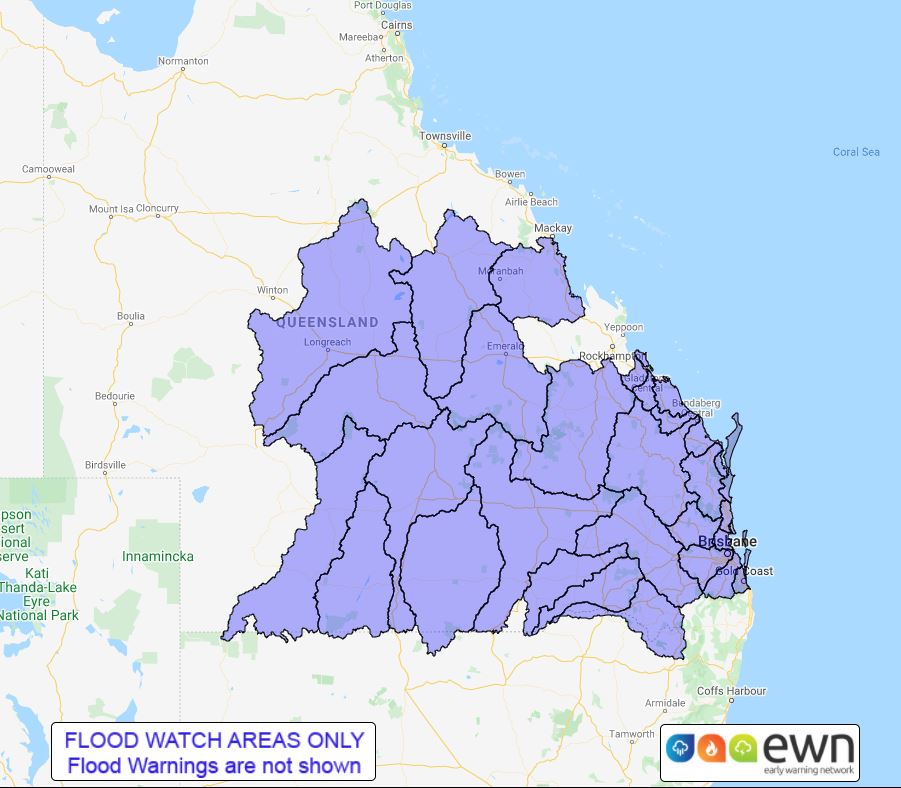