MAJOR FLOODING LIKELY AROUND THE DARLING DOWNS AND GRANITE BELT REGION. WIDESPREAD MINOR TO MODERATE FLOODING ACROSS MOST OF THE SOUTHERN INTERIOR.

A complex low pressure system is expected to develop over central Australia over the next few days, causing an outbreak of thunderstorms with heavy rainfall in southern Queensland which is expected to cause flooding impacts. The risk of heavy rainfall will gradually move eastward over this period.

Parts of the region are wet following recent rainfall with further showers and thunderstorms over the next few days expected to saturate most catchments.

Heavy rainfall is expected from late Wednesday with the heaviest rainfall expected across the Darling Downs and Granite Belt region on Thursday. Very intense rainfall rates are possible for some areas particularly in association with thunderstorms which is likely to cause localised flooding.

River level rises in the Granite Belt and Darling Downs region are expected from Wednesday with major flooding possible from Thursday. Widespread minor flooding is likely to begin across the remainder of the area from as early as Thursday with further rises expected in association with heavier areas of rainfall.

Catchments likely to be affected include:
Condamine Rivers

This Flood Watch means that people living or working along rivers and creeks should monitor the latest weather forecasts and warnings. 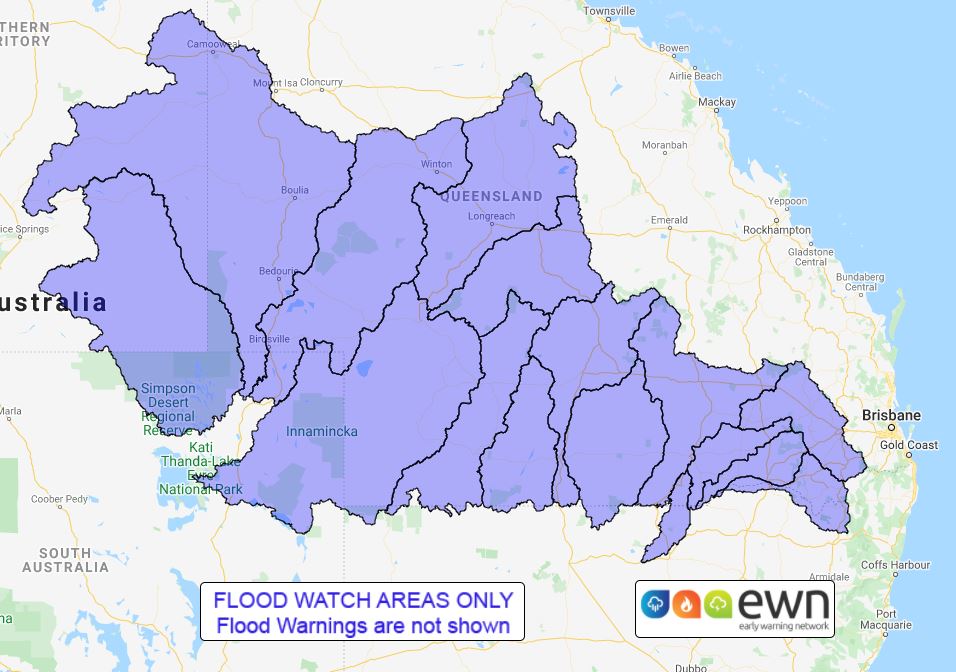