A developing tropical low associated with the monsoon trough over northern Australia is forecast to move into the Gulf of Carpentaria late Tuesday, then move east across northern Queensland from late Wednesday into Thursday.

Heavy rainfall is forecast to develop and increase over the next few days, initially over the Cape York Peninsula and lower Gulf catchments, before extending eastwards to affect the North Tropical Coast on Wednesday and Thursday. Very heavy rainfall is likely locally, with potentially intense rainfall in isolated locations.

The majority of catchments across the Flood Watch area are relatively dry, which will limit their initial response to rainfall. However, with prolonged rainfall, river level rises above the minor flood level are likely from late Wednesday into Thursday, with some areas of moderate flooding possible, most likely on the North Tropical Coast.

Localised flooding and disruption to transport routes are likely across parts of the Flood Watch area. 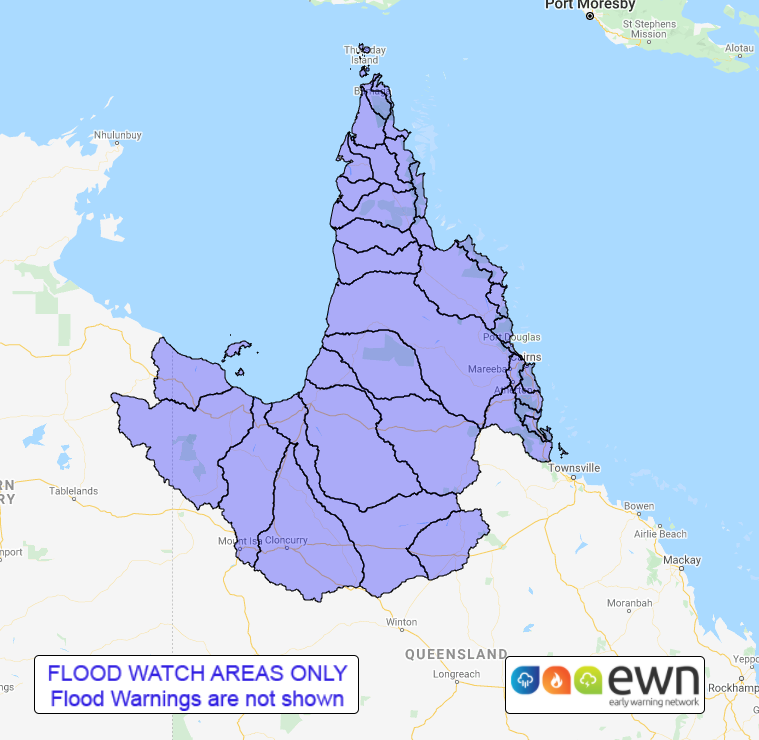