Heavy rainfall is possible between Clump Point through to Bowen from Wednesday and during Thursday. Areas of very heavy isolated rainfall are possible, but more likely to occur near the coast rather than across adjacent inland ranges.

Catchments are wetting up from rainfall over the last few days, and are likely to respond quickly to further rainfall.

Heavy rainfall, and very heavy rain at times, is expected to occur initially south of Rollingstone to Bowen, including the greater Townsville area, during Wednesday and overnight into Thursday. During Thursday the focus is likely to shift northwards to areas between Townsville and Clump Point, south of Innisfail.

River level rises are likely over the next few days. Flood Warnings will be issued for catchments where flooding is expected.

River level rises are likely in the following catchments:

See www.bom.gov.au/qld/warnings to view the current flood warnings for Queensland.
For more information on the Flood Watch Service:
http://www.bom.gov.au/water/floods/floodWarningServices.shtml 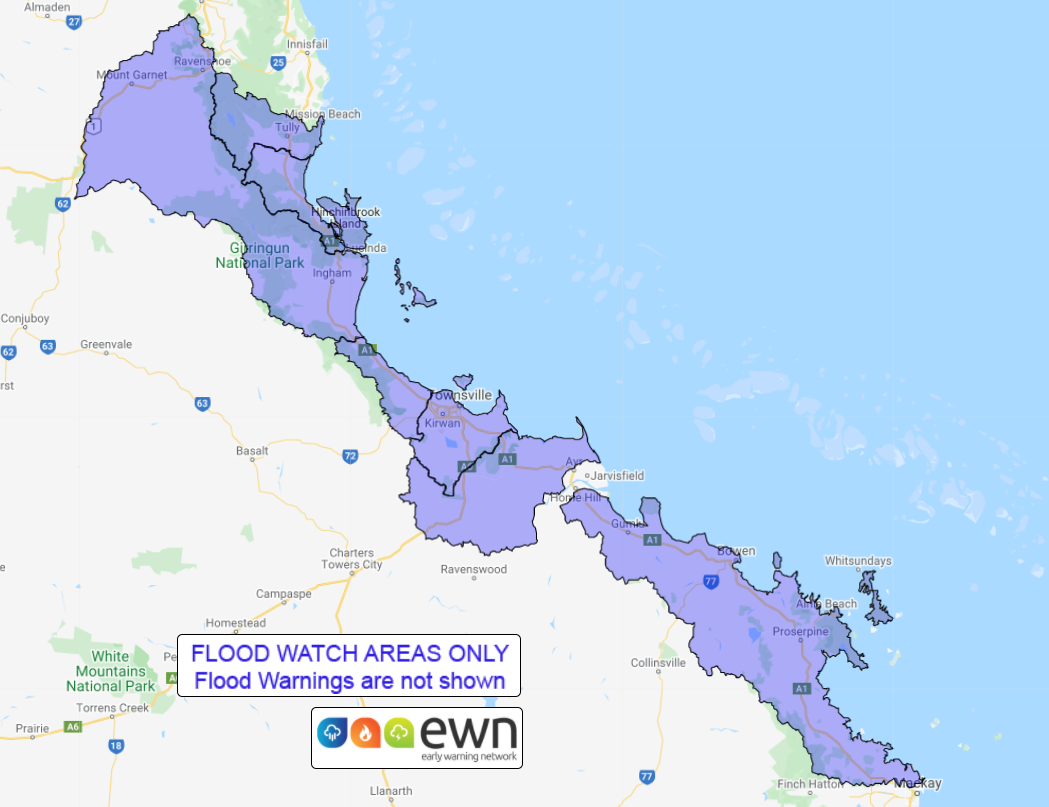