MONSOON RAIN AND SQUALLS CONTINUE ACROSS THE TOP END

Weather Situation: A tropical low is located over land near Nauiyu and is moving slowly southeastwards across the Daly District. The monsoon trough extends eastwards across the northern Top End, with a vigorous monsoon flow bringing heavy rain and squalls over large parts of the Top End.

HEAVY RAINFALL which may lead to FLASH FLOODING is expected to continue tonight and into Monday across the Arnhem, Daly, Tiwi and northwest Carpentaria districts. 24 hour rainfall totals of 100-200 mm and isolated falls to 250 mm are possible.

DAMAGING WINDS with gusts of up to 100 km/h with monsoonal squalls may develop mainly about the west and north coast today.

These conditions may extend further east and south across the Carpentaria and Arnhem District during Monday as the tropical low moves east.

Rainfall observed in the 24hrs to 9am Sunday: 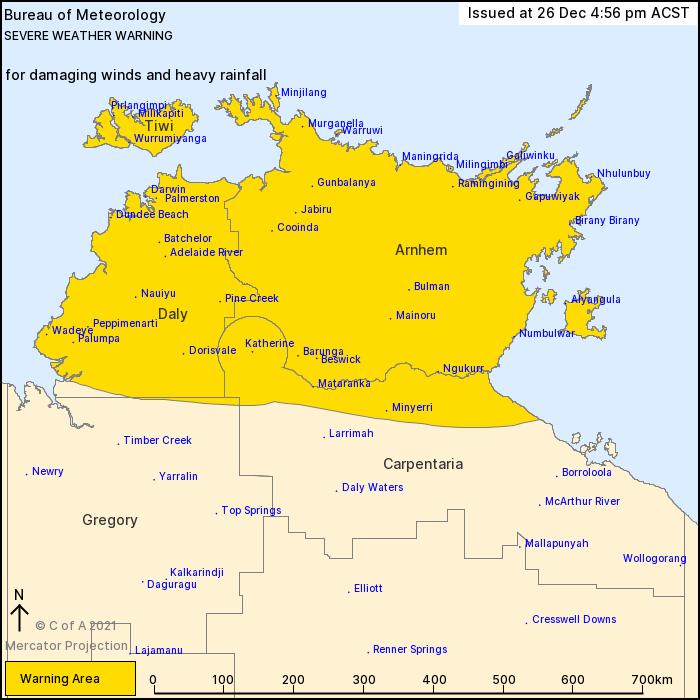