FURTHER FLOODING LIKELY ACROSS THE TOP END FROM TUESDAY

A tropical low is located over the southern Arnhem District and is expected to move eastwards across the Top End and into the Gulf of Carpentaria tonight. A vigorous monsoon flow across northern and eastern parts of the Top End will gradually ease from the west during Tuesday and Wednesday as the tropical low moves away from the Northern Territory.

Most of the Top End catchments have been wetting up from the recent showers and storms.

Significant rises in streams and creeks have been seen throughout the flood watch area from Sunday morning. Further rises are expected and many roads may become impassable and may isolate some communities and homesteads.

A Severe Weather Warning for heavy rainfall is current for Tiwi, Arnhem, Carpentaria and parts of Daly districts. 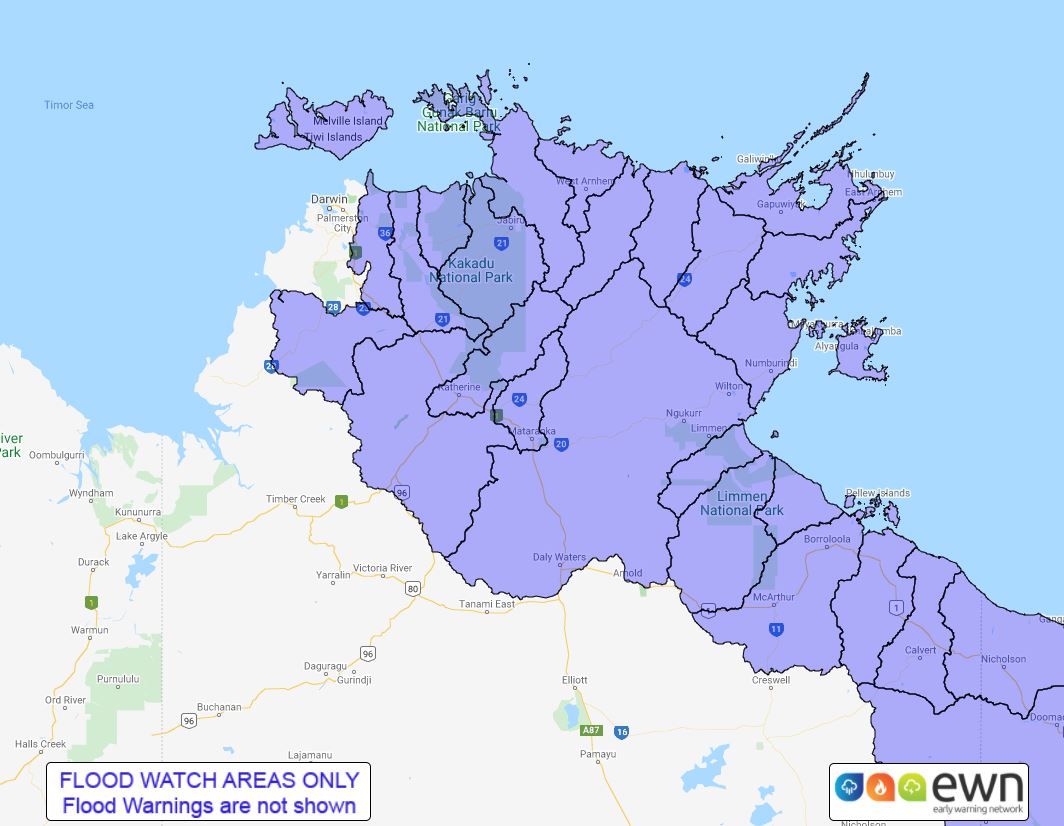