FLOODING LIKELY IN MANY PARTS OF TOP END FROM MONDAY ONWARDS.

Most of the Top End catchments are relatively dry, however some of the area has been wetting up from the recent showers and storms.

Significant rises in streams and creeks are expected throughout the flood watch area from Sunday afternoon and many roads may become impassable and may isolate some communities and homesteads.

A tropical cyclone advice is current for parts of the Top End west coast. 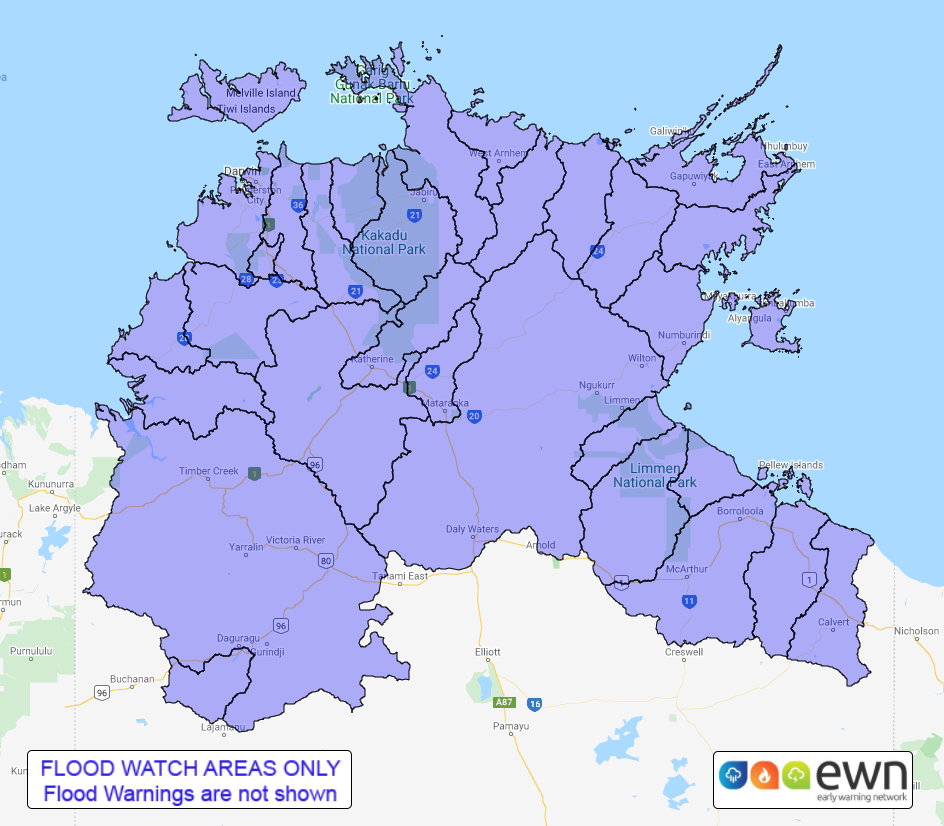