A tropical low is located over land west of Batchelor and is moving slowly southeastwards across the Daly District. The monsoon trough extends eastwards across the northern Top End, with a strengthening monsoon flow bringing heavy rain over large parts of the Top End.

Most of the Top End catchments have been wetting up from the recent showers and storms.

Daily rainfall totals over the Tiwi Islands, Daly District and northern Arnhem District on Sunday are expected to be 50-100mm, with scattered falls of 100-150mm, and isolated totals of 150-200mm, though more widespread about the coast. These falls are expected to extend throughout the Top End on Monday.

Significant rises in streams and creeks have been seen throughout the flood watch area from Sunday morning. Further rises are expected and many roads may become impassable and may isolate some communities and homesteads.

A Severe Weather Warning for heavy rainfall is current for Daly, Tiwi, Arnhem and parts of Carpentaria districts.

Flooding is no longer expected in the following catchments: Upper Victoria River. 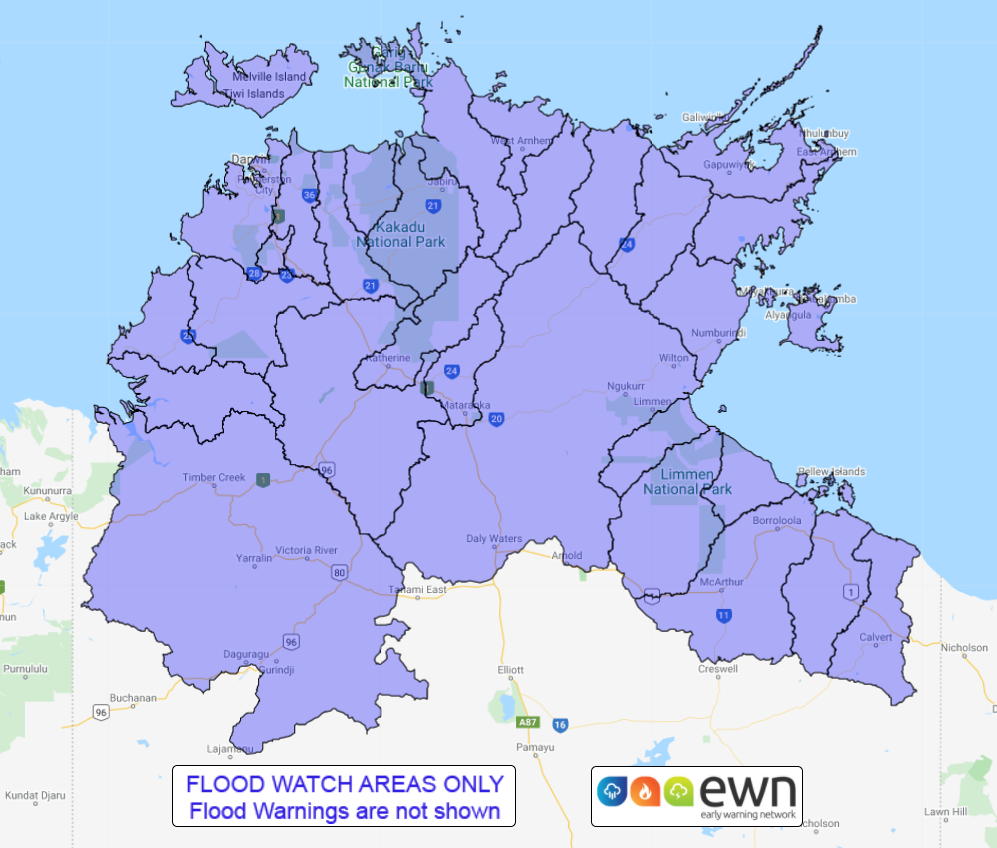