FLOODING IS LIKELY IN MANY PARTS OF SOUTHERN NORTHERN TERRITORY

Heavy falls have eased over the Barkly District. Heavy falls are likely to affect the southwest of the Territory until mid-week .

Catchments in the flood watch area are wetting up due to recent rainfall.

Heavy falls developing across southern districts from Monday until Wednesday.

Significant flooding of low lying areas and river rises are expected. Many secondary roads are now impassable and primary routes are affected as well in places. Many roads, and possibly primary and secondary highways, may be further affected. Some communities and homesteads may become isolated. Check road conditions before travelling.

No additional flooding is expected in the East Kimberley Rivers, Nicholson River, Sturt Creek District, Tanami Desert, and Barkly catchments. however flooding impacts may continue during the next few days. 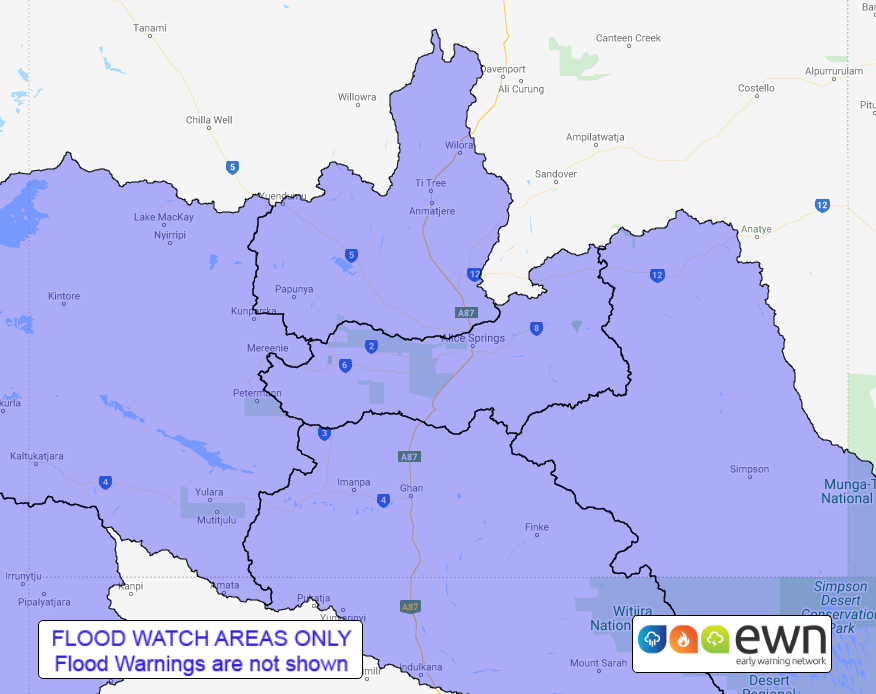