The monsoon is developing near the north and west coast of the Top End. A slow-moving tropical low located over the Timor Sea is expected to slowly strengthen and may develop into a tropical cyclone during Friday night or Saturday. There is uncertainty in the direction this tropical low will move in over the weekend and into next next week.

North west coastal catchments have received good rainfall totals for the wet season to date with catchments quite wet in many parts and creeks and streams still flowing.

Rainfall totals between 70 - 160mm were recorded in the 24 hours to 9am Friday in the Finniss River catchment.

Rivers and creeks can be expected to rise strongly with further rainfall.

Many parts of north west Top End coast can be expected to receive rainfall totals of 150 - 200 mm over the next three days with isolated higher totals possible.

Significant rises in streams and creeks leading to localised flooding is expected in many area along the north west coast of the Northern Territory. This is expected to affect many roads over the weekend.

Catchments likely to be affected include:
Fitzmaurice River

More information on the Flood Watch Service and maps of Flood Watch areas are available at www.bom.gov.au/water/floods/floodWarningServices.shtml .
Flood Safety Advice:

The Northern Territory Emergency Service advises that people should: 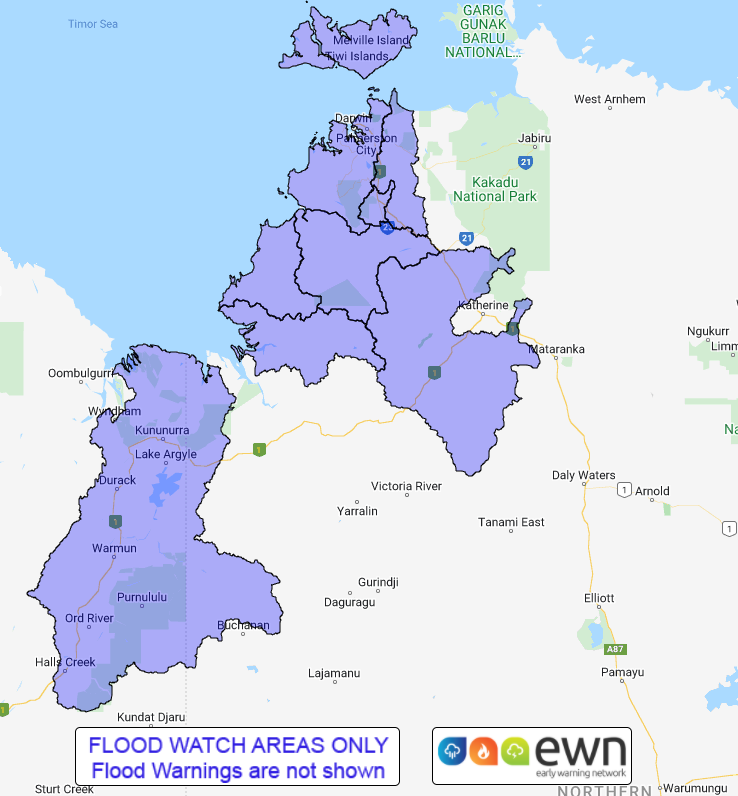