Weather Situation: A strong upper level trough and embedded low is amplifying over central NSW. A coastal trough has deepened near the central coast in response to this upper weather system and is likely to drift a little inland this evening, producing areas of heavy rainfall on its eastern flank. This coastal trough is forecast to weaken overnight.

Areas of HEAVY RAINFALL which may lead to FLASH FLOODING are occurring about the South Coast, Illawarra, Metropolitan, southern Hunter, Southern Tablelands and Central Tablelands. Six-hourly rainfall totals between 60 to 120 mm are likely, reaching up to 180 mm over coastal areas.

Conditions are expected to contract to the Metropolitan, Central Tablelands and southern Hunter Districts this evening then ease overnight.

Intense rainfall rates are no longer expected around the Illawarra coastal areas.

Locations which may be affected include Gosford, Sydney, Wollongong, Nowra, Batemans Bay and Goulburn.

Other rainfall observations since 9am this morning 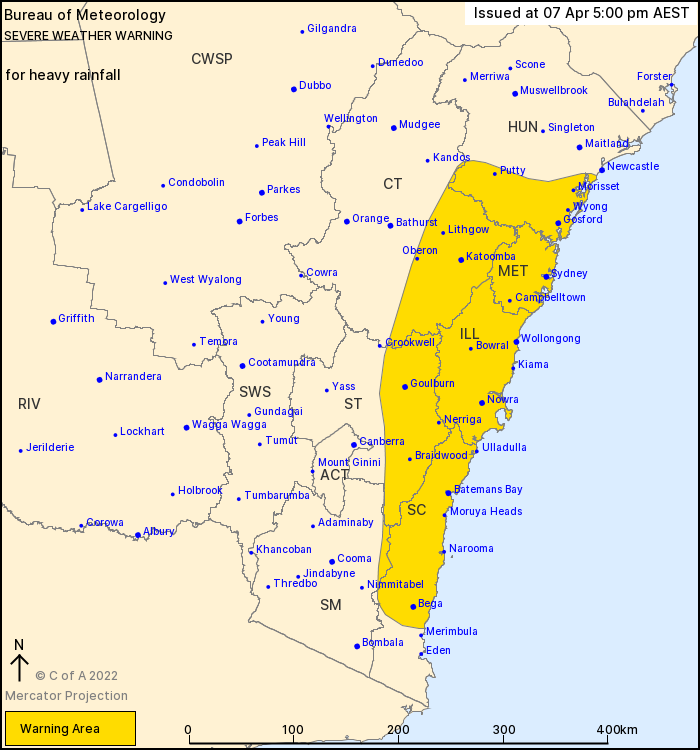