Issued at 10:58 am Tuesday, 30 November 2021.
Heavy rainfall areas possible over northern parts of the state today.

Weather Situation: A surface trough is forecast to deepen in response to an approaching upper level trough and embedded low during the day. A tropical airmass with abundant moisture will be in place ahead of these features.

HEAVY RAINFALL which may lead to flash flooding is forecast to develop during the morning over northern parts of the Northern Tablelands, and North West Slopes and Plains. Six-hourly rainfall totals between 50 to 70 mm are possible. Isolated heavier falls are also possible with thunderstorms.

A Flood Watch and multiple Flood Warnings are current over parts of the warning area. See http://www.bom.gov.au/nsw/warnings/ for more information.

Locations which may be affected include Tenterfield, Liston, Drake, Emmaville, Boggabilla and Ashford. 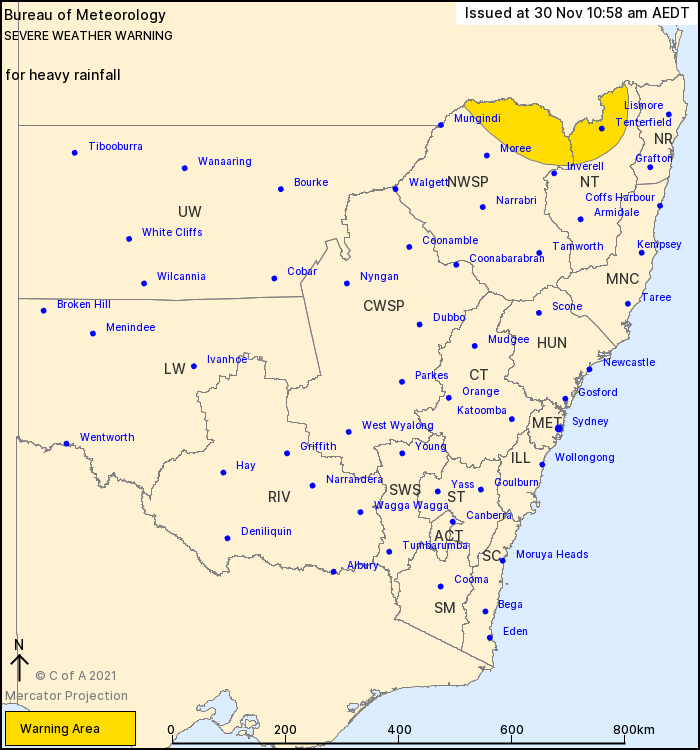