For people in Riverina, Lower Western and parts of Central West Slopes and Plains and Upper Western Forecast Districts.

Locally heavy rainfall to develop throughout the day.

Weather Situation: A complex low pressure system is currently located near the South Australia and New South Wales border. This system is forecast to deepen today while remaining slow-moving before moving east to southeast into western and central parts of the state during the afternoon and evening.

HEAVY RAINFALL which may lead to flash flooding is forecast to develop today over western parts of the Lower Western and Riverina districts. It is then expected to extend north into parts of the Upper Western district during the afternoon and evening. Six-hourly rainfall totals between 40 to 60 mm are possible.

44mm was recorded in 1 hour over the southern Riverina District this morning. 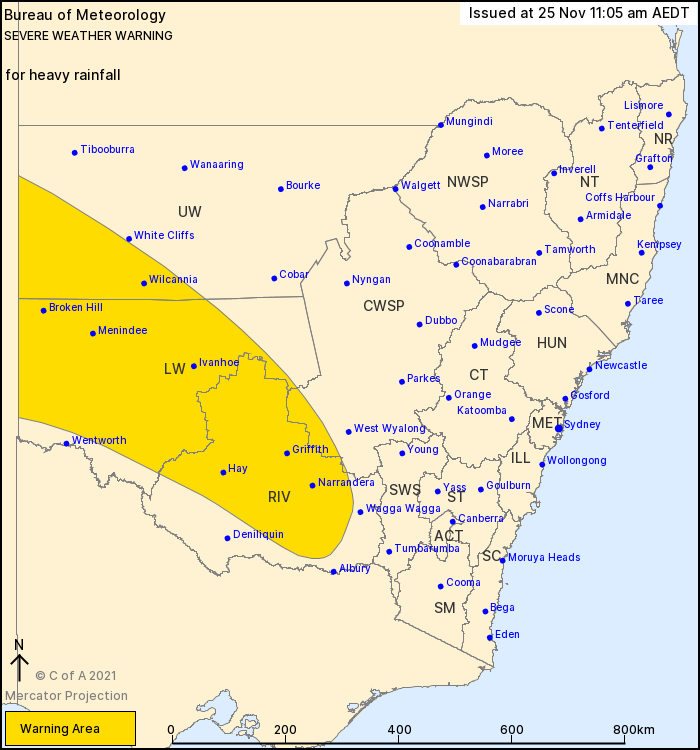