Issued at 4:03 pm Sunday, 3 July 2022.
Heavy rainfall and locally damaging winds likely about central NSW on and east of the ranges.

Weather Situation:
An East Coast Low lies off central parts of the NSW coast and is directing humid air and areas of heavy rain across the central east of the state. This is likely to continue in parts of the central east throughout Sunday, and may continue through Monday as well as the low approaches the coast.

Six-hourly rainfall totals between 70 to 120 mm are possible.

DAMAGING WINDS averaging 65 km/h with peak gusts in excess of 90 km/h are likely along the coastal fringe, most likely during Sunday afternoon and evening.
Heavy rainfall will further contribute to flooding already being experienced, and increases the potential for landslides. The damaging winds may lead to debris on roads and provides the risk for trees toppling in softer soils.

A Severe Weather Warning for Damaging Surf is also current along parts of the central coastline. 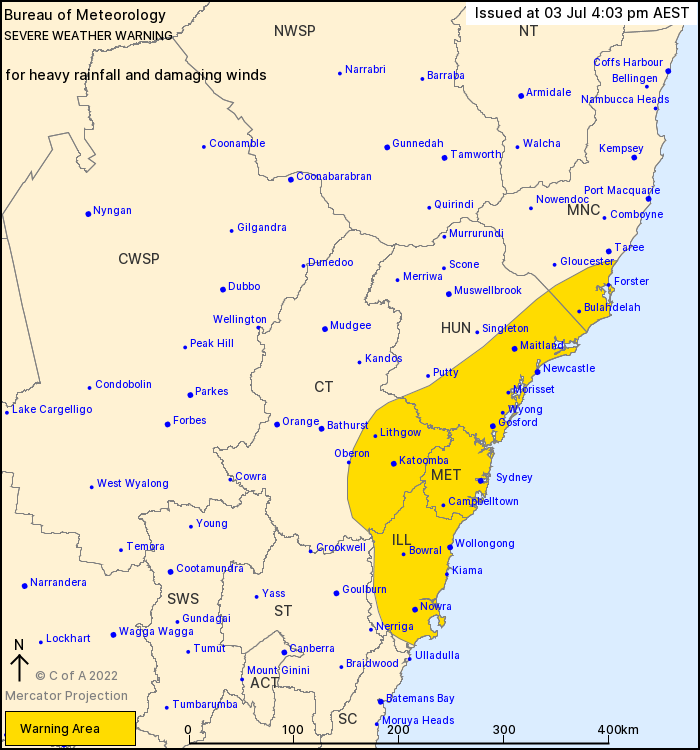