Damaging winds extending to the east coast by this evening, then increasing over the Great Dividing Range.

Weather Situation: A low pressure system over the Great Australian Bight and associated cold front will strengthen as they move eastwards today, with vigorous westerlies continuing into Tuesday.

DAMAGING WINDS GUSTS in excess of 90 km/h are possible over western and central New South Wales with showers and thunderstorms today, reaching the Great Dividing Range by this afternoon and the east coast this evening, becoming less likely later tonight.

DAMAGING WINDS averaging 70km/h with peak gusts reaching up to 100 to 110km/h are likely on and east of the Great Dividing Range, particularly about higher ground, from this evening onwards, continuing through Tuesday. 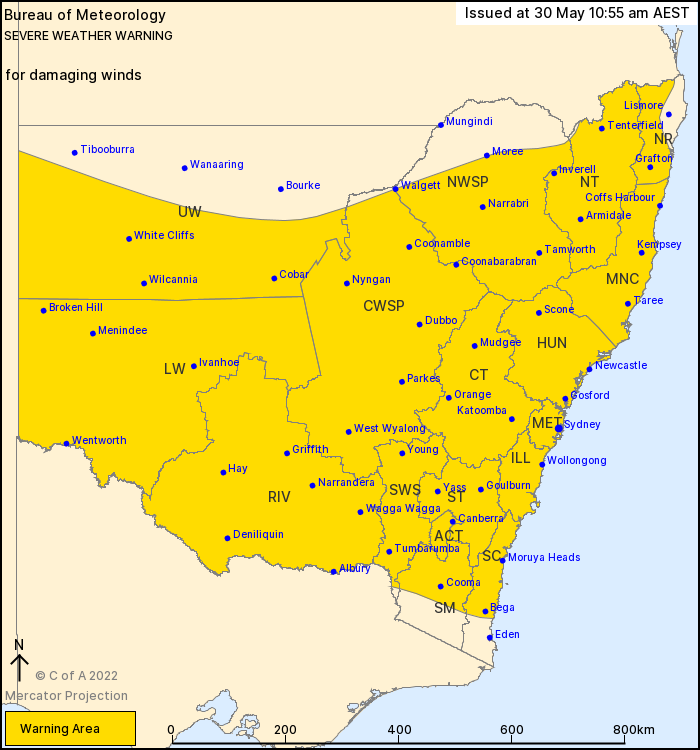