Weather Situation: A low pressure system over the Great Australian Bight and associated cold front will strengthen as they move eastwards on Monday.

DAMAGING WINDS averaging 70 km/h with peak gusts in excess of 90 km/h are likely over the far west of New South Wales from early Monday morning, reaching the Great Dividing Range by Monday afternoon and the east coast Monday evening. 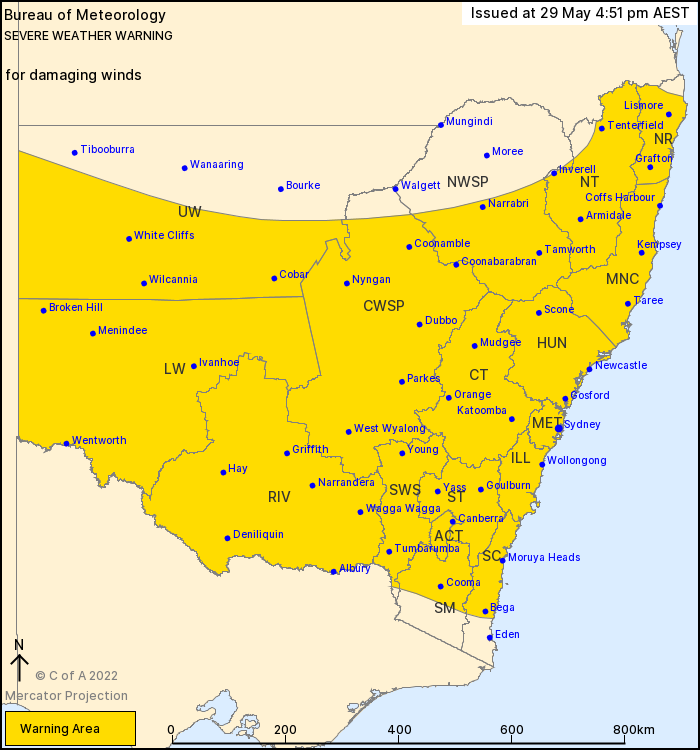