Weather Situation: A high pressure system to the south of the Great Australian Bight will progress to the Tasman Sea tonight, while a trough lies over western Qld and SA.. This is producing a vigorous easterly flow over parts of the Great Dividing Range.

Later in the morning easterly winds of similar strength may develop over the most elevated parts of the Northern Tablelands and persist into the afternoon.

Locations which may be affected include Armidale, Tenterfield, Orange, Mudgee, Bathurst and Yass.

Severe weather is no longer occurring in the Snowy Mountains and Australian Capital Territory districts and the warning for these districts is CANCELLED. 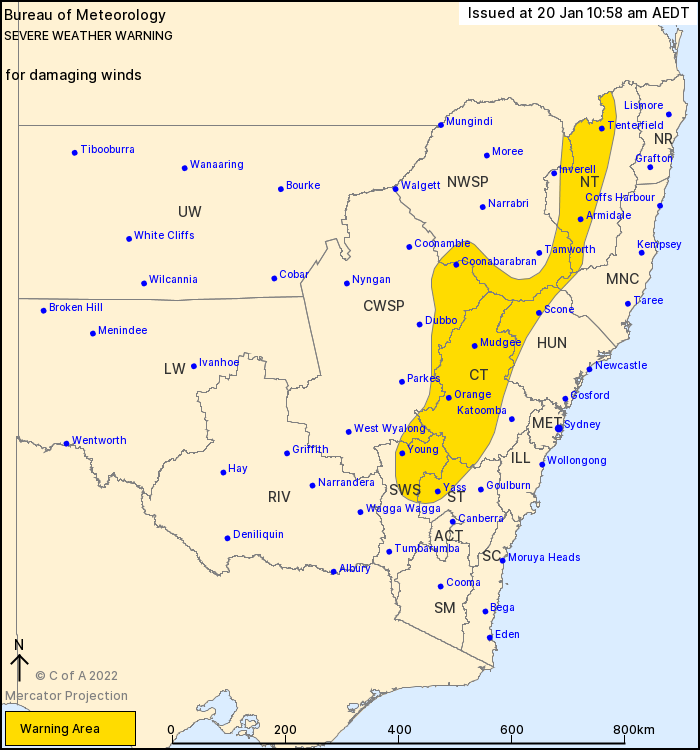