Weather Situation: A high pressure system to the south of the Great Australian Bight will progress to the Tasman Sea tonight, while a trough lies over western Qld and SA.. This is producing a vigorous easterly flow over parts of the Great Dividing Range.
Easterly winds averaging 55 to 65 km/h with DAMAGING WIND GUSTS in excess of 90 km/h are possible over elevated terrain over parts of the Southwest Slopes, western Central Tablelands, western parts of the ACT, Central West Slopes, Upper Hunter and southern parts of the Northwest Slopes early Thursday morning.

Later in the morning easterly winds of similar strength may develop over the most elevated parts of the Northern Tablelands and persist into the afternoon.

Locations which may be affected include Armidale, Orange, Yass, Coonabarabran, Wellington and Young. 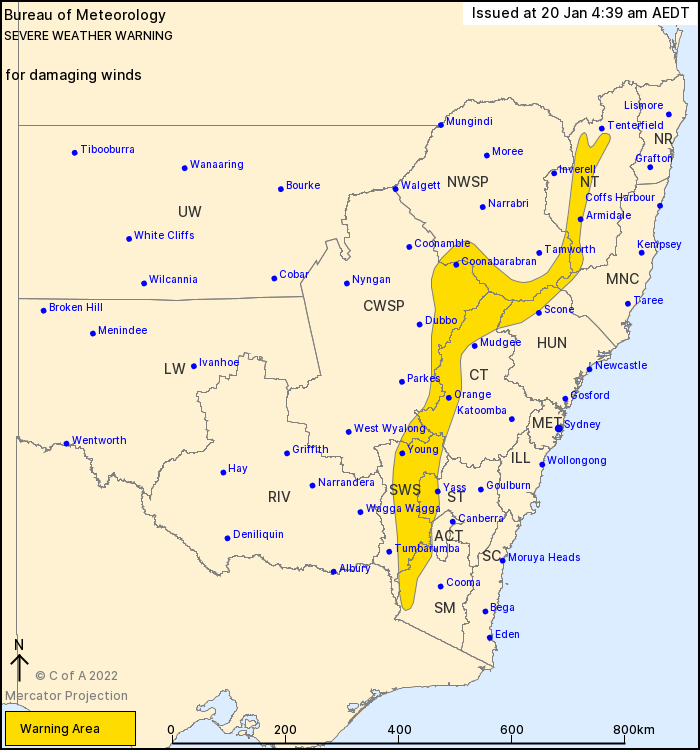