Weather Situation: A high pressure system south of the Great Australian Bight will strengthen and move east over Tasmania today. This high will combine with a slow-moving inland trough to produce strong easterly winds over eastern parts of the during today.

Strong winds averaging 50 to 60 km/h with DAMAGING WIND GUSTS of up to 90 km/h are possible over elevated terrain over parts of the Southwest Slopes, western Central Tablelands, Central West Slopes, Upper Hunter and southern parts of the Northwest Slopes on Wednesday evening and early Thursday morning.

Locations which may be affected include Scone, Orange, Coonabarabran, Wellington, Young and Tumut.

Severe weather is no longer occurring in the Mid North Coast district and the warning for this district is CANCELLED.

The State Emergency Service advises that people should:
* Stay vigilant and monitor conditions. Note that the landscape may have changed following bushfires.
* For emergency help in floods and storms, ring your local SES Unit on 132 500. 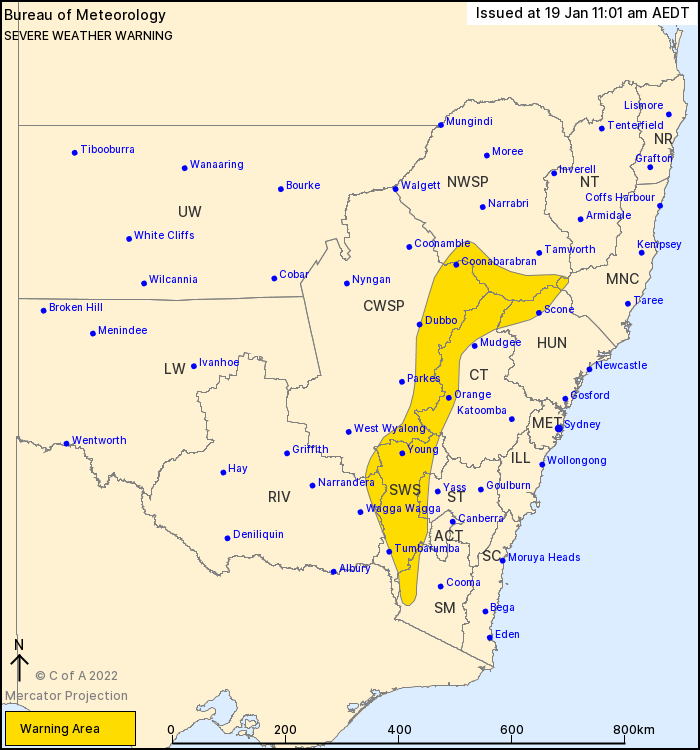