For people in parts of Metropolitan and Illawarra Forecast Districts.

Damaging wind gusts forecast to affect the Illawarra and southern Metro due to a low pressure system offshore.

Weather Situation: A low pressure system has developed offshore the Illawarra coast in response to an upper level low. This system is expected to move out into the Tasman Sea tonight.

Locally DAMAGING WINDS averaging 65 km/h with peak gusts in excess of 90 km/h are possible over coastal areas and elevated terrain about the Illawarra and southern Metro on Friday evening. Winds are expected to ease as the low moves offshore later tonight.

Locations which may be affected include Wollongong, Bulli, Port Kembla, Albion Park, Kiama and Huskisson.

Severe weather is no longer occurring in the South Coast and Southern Tablelands districts and the warning for these districts is CANCELLED. 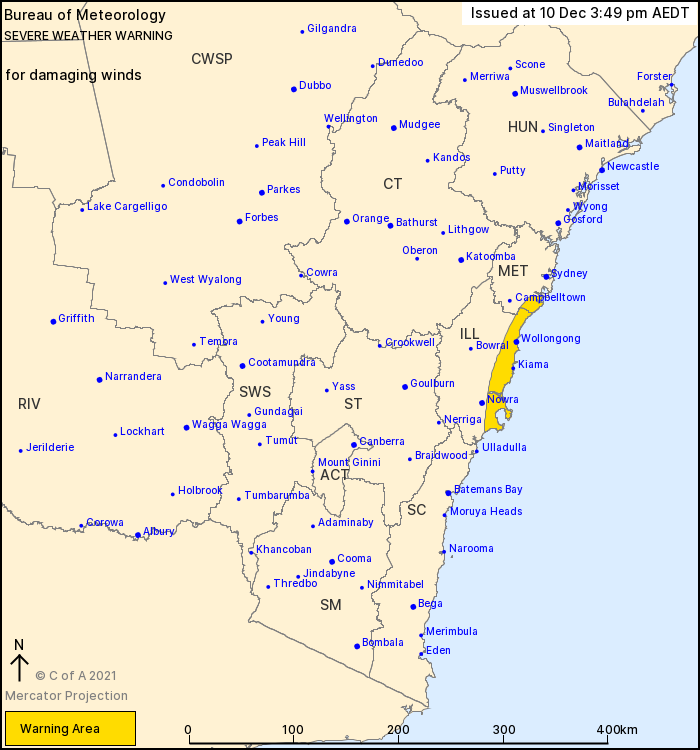