Damaging wind gusts over parts of the Snowy Mountains and Southern Tablelands.

Weather Situation: A deepening low pressure system off the NSW coast is causing strong and gusty southeasterly winds across the southern ranges. The low is expected to move into the Tasman Sea during the night with winds easing.

Winds averaging 60 to 80 km/h with DAMAGING WIND GUSTS of up to 125km/h are possible above 1900m during the afternoon and evening.

Winds are expected to ease during the night.

Locations which may be affected include Mount Ginini, Charlotte Pass, Thredbo, Cabramurra, Selwyn and Khancoban.

Cabramurra reported a gust of 95 km/h at 12pm 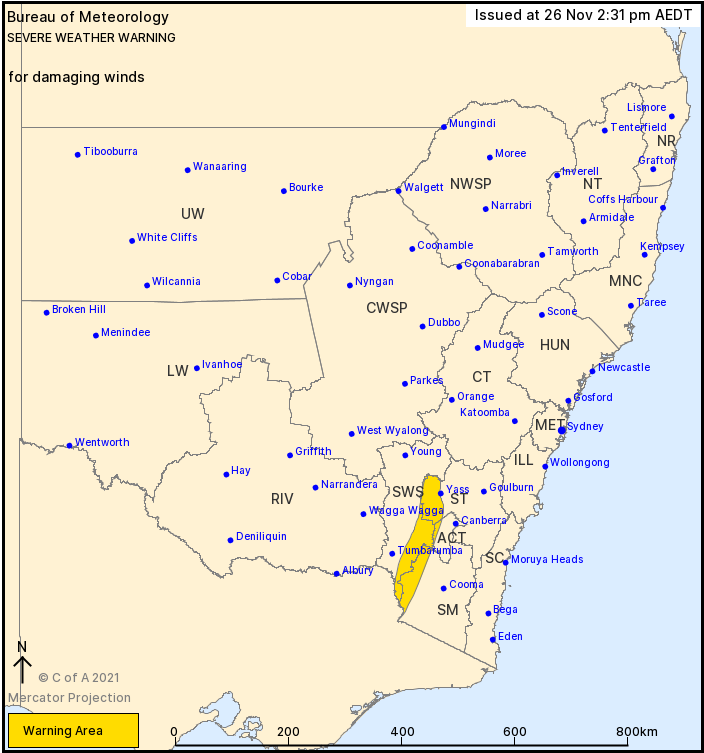